The people who run Rolex would get the new Ferrari Daytona SP3. Rolex is the world’s best managed luxury brand. Rolex watches routinely hold their value – and in many cases appreciate – even though the Geneva-based firm sells more of them than its nearest rivals, Omega, Longines, and Patek-Phillipe, combined.

The function of a £45,000 Rolex Day-Date II is no different to that of a £45 Casio digital watch. And that puts Rolex at the top of a select group of brands that understand how to turn everyday objects into objects of desire. Apple, which has made 21st century appliances such as computers and mobile phones into desirable accessories, is one of that group. So, too, is Ferrari.

Just as Rolexes are more than merely watches, Ferrari’s cars are anything but simple transportation devices. Enzo Ferrari created the legend. Luca di Montezemolo polished it. And the late Sergio Marchionne figured out how to monetise it, engineering the 2015 public floatation that now sees Ferrari valued at more than £30 billion.

Ferrari’s current CEO, Benedetto Vigna, appointed to the top job at Maranello in mid-2021, has big shoes to fill. He’s an interesting choice; not a car guy, but a physicist with 26 years’ experience in the microchip business. Vigna will lead Ferrari into the electric age and oversee the launch of the Prancing Horse’s first ever electric car.

But while there are big changes and big challenges ahead, the new Daytona SP3 proves Maranello is at the top of its game when it comes to safeguarding the magic and mystique of the Ferrari brand.

This wasp-waisted V12 roadster is the latest of Ferrari’s Icona cars, the limited-edition money-spinners that first came to light in 2018. It’s an edgy riff on late 60s, early 70s Ferrari mid-engine sports racers, and follows in the wheel tracks of the Monza SP1 and SP2, which evoked the spirit of 50s Ferrari barchettas.

The name celebrates Ferrari’s one-two-three finish in the 1967 24 Hours of Daytona – revenge, says Ferrari marketing chief Enrico Galliera, for the drubbing famously handed out to Maranello by Ford at Le Mans in 1966. The other Daytona? It was never officially called that. Ferrari has always referred to the iconic coupe as the GTB365/4.

Like Monza SP1 and SP2 models, the Daytona SP3 is not, says Ferrari design chief Flavio Manzoni, a simple rehash of some of the greatest hits in Ferrari’s back catalogue. “The inspiration is so powerful that the car has a very high level of meaning,’ Manzoni says, “but this is not a retro interpretation of a traditional car.”

Ferrari has long done limited production, ultra-expensive cars that appeal to the wealthiest of its wealthy clients. But those cars – F40, F50, Enzo, to name but a few – have all tended to have been designed to set new performance benchmarks, to showcase new technologies, to rewrite the supercar rulebook.

A big, hulking presence from some angles, it has none of the visual delicacy or purity of cars like the 330 P3 and P4, and the 512 S. That’s because 2020s aerodynamic theory has played just as much a part in shaping the Daytona SP3 as 1960s nostalgia. Ferrari says the car generates 230kg of downforce at 125mph without any active aerodynamic devices.

The Daytona SP3 does none of those things. It has been created purely to exhilarate and entertain, to celebrate what might be one of the last non-hybrid, naturally aspirated V12s it will ever put in a road car.

Though Ferrari engineers say about 70 per cent of the Daytona SP3’s components are new, the chassis is a modified version of the LaFerrari Aperta hypercar’s carbon-fibre monocoque. It’s powered by a tweaked version of the 6.5-litre V12 from the 812 Competizione.

The Daytona SP3 might look like a rich man’s toy. But underneath the visual theatrics is a fully sorted supercar, with a chassis that’s been setup to make the most its extraordinary engine.

Codenamed F140HC, this evolution of the 812 Competizione’s V12 is the most powerful internal combustion road car engine ever built by Ferrari, pumping out 828bhp at 9250rpm and 514lb ft of torque at 7250rpm. It will rev to 9500rpm courtesy of new titanium conrods, which are 40 per cent lighter than equivalent steel items, new pistons, a lighter and rebalanced crankshaft, and sliding finger cam followers, a low-mass, low friction technology borrowed from Ferrari’s F1 engines.

There’s none of the turbine-like wind up typical of a V12 when you thumb the Engine Start-Stop logo on the steering wheel: the engine snaps into life and immediately settles to a brisk idle. Even before you touch the throttle, it feels like an engine with low reciprocating masses.

With the Manettino set to the default Sport mode and the seven-speed dual-clutch transmission in automatic, the Daytona SP3 will happily amble around all day at low to middling speeds. With all that power and torque moving barely 1500kg, it feels as quick and lively as you’d expect. But flicking the Manettino to Race and setting the transmission to manual takes everything to another level.

Ferrari claims the Daytona SP3 will sprint from 0 to 62mph in 2.85 seconds and hit 124mph in 7.4 seconds on the way to a top speed of 211mph. There are cars that are quicker through the gears and cars that are faster at the top end. But there’s nothing that feels like this Ferrari on a full-throttle run.

The rush of acceleration simply keeps building and building and building, with no letup, all the way to the rev limiter. Though smooth and tractable from little more than idle speeds, the V12’s happy place is between 7000rpm and 9250rpm. The throttle response is scalpel-sharp, and the revs snap so fast on downshifts it’s difficult to comprehend it displaces 6.5-litres.

The Daytona SP3 is not just about the engine, though. It stops and steers and goes around corners with the casual efficiency that’s fast becoming a Ferrari trademark. The braking is strong yet progressive, and the steering is precise and well-weighted, and delivers great feedback. The SSC6.1 system ensures superb traction out of the corners, even in Race mode, without compromising front-end grip when you go to power.

It’s big and wide and powerful and expensive, this Ferrari, but after a few miles it feels no more intimidating than a BMW M2. It shrinks around you.

The Daytona SP3 an emotional Ferrari, not a rational one. And emotion is what the Icona range is all about. Enrico Gallieri says the Icona cars will become a fourth model stream for Ferrari, alongside the sports cars, the GTs (which includes the forthcoming Purosangue crossover), and the special hypercars.

And it promises to be a highly lucrative business. All 499 Monza SP1 and SP2 models and all 599 Daytona SP3s were snapped up by eager collectors almost as soon as they were announced. Between them, they have contributed about £1.8 billion in revenue to Ferrari’s balance sheet.

No wonder Galliera says Ferrari will do more Icona cars. “We have no idea what the next Icona car will be, though I think you can easily identify four or five strong concepts we could work with,” he smiles. 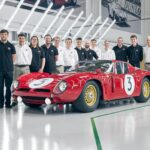 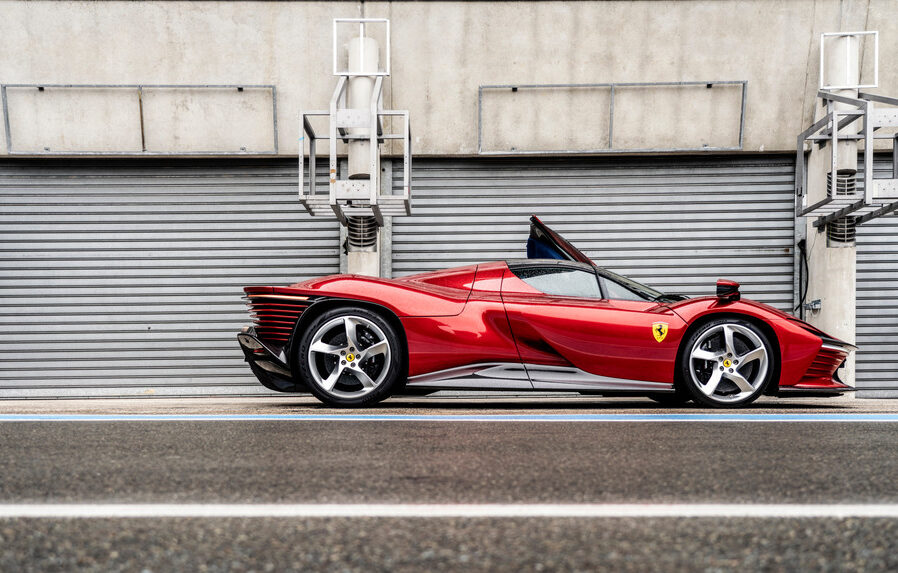