Why you want one: Front-wheel drive French icon, with brilliant handling

The 1934 Citroën Traction Avant represented a radical change in direction for the company, followed almost immediately by bankruptcy, a takeover by Michelin and the death of Andre Citroën in the summer of 1935.

Citroën would have been amazed to see his front-wheel-drive, unibody sedan survive until 1957, only to be replaced by the Citroën ID19, a taxi-cab version of the astonishing Citroën DS 19. The 1955 DS 19 — the “Martian vacuum cleaner”— is still featured in movies about the future, 55 years later.

But the writing was on the wall back in 1934, when the first 7CV Traction Avant was launched. French cars at the time were boxy lounges on wheels that plodded along at 45 mph, with side-valve engines, vague steering and lackadaisical brakes. Citroën was intrigued by the all-steel bodywork work of the Budd Manufacturing Company in Philadelphia, who had even built a front-wheel drive Packard. He reasoned that such a lightweight, strong construction could make for faster cars and figured out how to adapt front wheel drive to a monocoque body.

The idea was simple: The engine was reversed, so that the transaxle drove the front wheels, ahead of the engine block. The whole thing was mounted on a subframe, which could be rolled back to meet the “horns” of the body proper and bolted directly to it. The basis of the car was a welded steel structure, which served as a platform for the body, which was bolted together, with no wood at all. The dead rear axle was attached to the rear floor.

The immediate result was a car that was about 6 inches lower than anything else in production. The four bolts projecting forward to meet the front subframe kept the front wheels permanently vertical while the lower bolts were attached to fore and after torsion bars. The rear axle was attached by radius rods and transverse torsion bars.

Front wheel drive meant the floor could be flat and the gearshift projected from the dash, permitting three abreast at a pinch, and the rear seat could also squeeze in three passengers. Before WWII, a handsome three-window coupe was offered as well as a pretty roadster with a dickey seat. The car gained excellent rack-and-pinion steering in 1936, and the bigger 1,911cc engine was commonly supplied by 1937, offering 75 mph.

Also available was a long-wheelbase nine-passenger version, which was available in France as a “commerciale” with removable rear seats and a full hatchback. Citroën’s death also killed off his 3.8-litre V-8 roadster dream, of which only six were built, and none of which survives. Traction Avants were also built in Slough in England from the mid-1930s, one of very few French cars accepted there. They were known as the Light 15, for the British horsepower measurement. Confusingly the 2.9-litre, 6-cylinder model introduced in 1938 was known as the Big 15, despite having the same body as the earlier car, but with a much bigger engine.

Only one body style survived WWII — the plain Light 15 model, with the spare wheel covered and mounted on the trunk. Dull black was the only finish, with cream wheels and a grey cloth interior. The net result was that the cars were hard to differentiate and the Traction Avant became a favorite of French gangsters, especially for its exceptional road-holding . A seven-seat long-wheelbase model reappeared in 1953, along with more colors, a bigger trunk, and the option of Citroën’s new hydro-pneumatic suspension at the rear.

With its unmistakable twin chevrons on the grille, a Citroën Traction Avant is still a usable daily driver, but not without quirks. Its biggest enemy is rust: If the monocoque is compromised, the car will sink ahead of the windshield, as the engine subframe gradually pulls away. The second issue is intensive maintenance and general inaccessibility. Servicing is a chore; the front-wheel drive axles require 60 strokes of a grease gun every 600 miles, it takes 10 minutes to top up the battery, electrical shorts are common, and the brakes master cylinder is concealed behind a plate on the firewall. Nevertheless, the entire engine and gearbox can be removed in 90 minutes, by practiced hands.

Pre-war Tractions are rare these days, and restored coupes and convertibles can range as high as $180,000 (£110,000), though mostly in France. However, postwar Light 15’s still change hands more reasonably, anywhere from $15,000-$30,000 (£10,000-£20,000), and you can find a number of Slough-built right-hand drive cars. Spares are moderately available and the main thing to remember is find a good mechanic, and learn some French yourself. 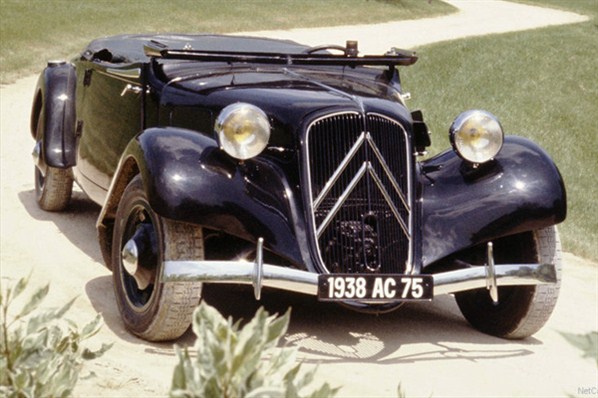 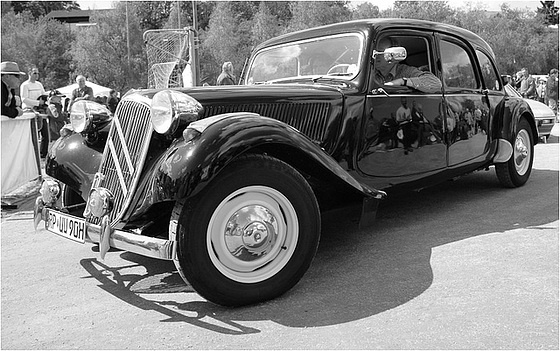 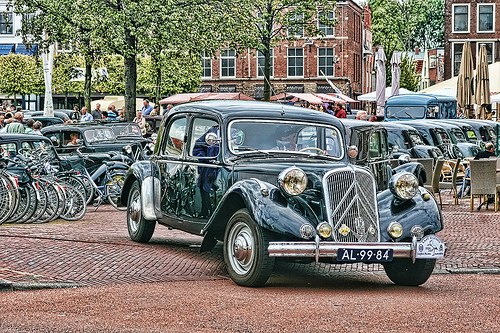