The annals of motoring history are packed with cars that have mattered to someone, at some time. Perhaps your first car was a Vauxhall Viva, or you courted your first love in a MK3 Capri. But where these cars have a significance to you, to many they lack any real significance – and in terms of automotive history, they’re not so much milestones as padding for the pages of the past.

Some cars, though, are different. Some leave their stamp on the passage of time, and without these cars the face of motoring would be very different. One of the earliest vintage cars to have such an impact on the modern world of motoring was the Austin Seven.

Launched in 1922, the baby Austin was effectively a British Ford Model T, in that it offered inexpensive transport on a mass-produced basis – a true car of the people. Herbert Austin’s idea of a small car was opposed by several of his creditors, and with the firm in receivership Austin decided to develop the car himself with the aid of a young draughtsman, Stanley Edge. It transformed the company’s finances, and effectively killed off its competition from the cyclecar industry. 290,000 were sold during its seventeen-year lifespan.

But that is not its biggest legacy, by a considerable margin, because the Seven was responsible for the early success of several motor manufacturers which we still know and love to this day, and it popularised something which we now take for granted in almost every single car on the road.

The Seven was a separate chassis design, as was conventional at the time. This allowed coachbuilders to develop their own bodies for the baby Austin, as well as to cut the car down into racing models. The very first car from the company we now know as Jaguar – then Swallow Sidecars – was an Austin Seven with a new body and luxurious trim courtesy of William Lyons.

The Swallow Seven wasn’t alone either; the racing fraternity spawned Sevens as the basis of the first McLaren and Lotus sports cars, while in foreign climes Nissan and BMW owe a great debt to the humble Austin Seven too. American Austin produced the Seven in the US; reorganised as American Bantam, this company was responsible for the design of the first Jeep. And as if McLaren, Lotus, BMW, Jeep and Jaguar weren’t quite enough, the Australian brand Holden counted rebodied Sevens among its early work.

The Seven’s greatest achievement, however, was one which influenced the world in a way which is still felt today. Its control layout was inspired by the Cadillac Type 53 of 1916 – a central gear lever, clutch on the left, brakes in the centre, throttle on the right, and a steering wheel to control the direction of travel. But while the Cadillac sold fewer than 20,000 units, the Seven’s higher production figures and greater accessibility mark it as the first popular and affordable car to utilise the now-universal control layout. The Seven’s popularity meant that rivals sought to make their cars easy for the Seven driver to use, and this led to the standardisation of the system we still use to this day.

The Austin Seven may have had humble beginnings, but its legacy has ensured it will be remembered as one of the automotive industry’s leading lights.

Read more about Hagerty’s own Seven, Little George, and its exploits on the London to Lisbon here. 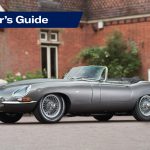 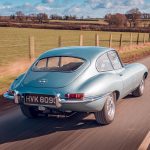 Born again: In praise of the 'new' Jaguar E-Type 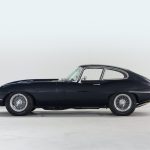 Is the Jaguar E-Type the most overhyped car Britain built?
A story about
Austin Seven Automotive Heroes Icons