An Eighties Classic: The Delorean DMC-12

For a lot of people, the DeLorean DMC-12 will always be synonymous with the Back to the Future movie trilogy. Time-traveller Marty McFly used the futuristic coupe, famously powered by a flux capacitor to jump forwards in time…. to 2015.

Well, we’re now there ourselves, even if we did take the long route- and there is a distinct lack of hoverboards. But where did this unique sports car come from, and how has it fared over the last 40 years since work on the prototype started?

The DeLorean DMC-12 was the brainchild of John DeLorean, the jet-setting non-conformist who by 1972 had risen to being the youngest division head in General Motors history. There he had presided over a string of huge successes, including the Pontiac GTO, the Pontiac Firebird and the Chevrolet Vega, but his exuberant style had caused him to clash with the conservative GM executive board. Finally, it became too much for both sides, and DeLorean left GM by mutual agreement.

DeLorean was sure that without the shackles of motor corporation bureaucracy, he could develop a world- leading sports car that incorporated cutting edge materials and design. With the backing of various celebrity associates, the DeLorean Motor Company (DMC) was born, and work on a prototype began which was unveiled to the public in 1976.

The prototype was built by William T. Collins, previously the Assistant Chief Engineer at GM, who was poached by DeLorean to create the car. Designed by Giorgetti Giugiaro, the body was constructed from fibreglass, onto which brushed stainless steel panels were affixed. Complete with cleverly designed gullwing doors the car, now called the DMC-12 (referring to the intended sale price of $12,000) immediately drew the attention of the motoring press.

But it was to be another five long years before any production cars were ready for sale. Problems with the original construction process, known as Elastic Reservoir Moulding, were found to be insurmountable, and so Colin Chapman was contracted to address chassis and suspension issues. This resulted in the entire chassis of the car being redesigned so that it was more akin to the Lotus ‘backbone’. The engine, originally envisaged as a mid-mounted Wankel unit, was changed to a rear-mounted position and a Douvrin V6, a Peugeot/ Renault/ Volvo 2849cc engine finally sourced as the powerplant.

Production issues also beset DMC. As the result of a £100m injection of capital by the Northern Ireland Development Agency, DMC established its factory in Dunmurry on the outskirts of Belfast. Although the building, constructed in 1978, included cutting-edge facilities, the local workforce was generally unskilled. This, combined with the ongoing conflict that was raging in Northern Ireland at the time, was hardly conducive to high-quality car production. Build quality was, by all reports, not great.

Most quality control issues had been resolved by the time the car finally went on sale to the public in January 1981, but the car already had a tarnished reputation. Motoring journalists reported that the car drove well- unsurprisingly, some comparing it to a Lotus- but that the 130hp produced by the engine was not powerful enough to live up to its supercar billing. US emissions control reduced the power output even further, and with a backdrop of the largest slump in the US car industry since the 1930s, sales were poor. DMC needed to sell 10,000 cars to break even. By December 1982, just over 9,000 had been made, the receivers were called in, and the company went bankrupt. At the same time, DeLorean was the subject of an FBI sting operation and although eventually cleared of drug trafficking charges, his reputation was destroyed. Following his acquittal, he was asked whether he would rebuild DMC. He replied that we would not: “Would you buy a used car from me?”

But that wasn’t the end of the story. The unused parts from the factory were shipped out to the US, where they have helped to keep the existing cars on the road ever since. Some parts were even sold as scrap- the expensive panel moulds even finding their way to Ards Bay in Connemara, Ireland, where they ended up as weights for fish-farm nets. Some, especially the rare 24ct gold plated cars made as a promotion for American Express, found their way into museums but many, lacking the experts to keep them on the road, were hustled away into storage.

Then came Back to the Future. Since then, anyone with a DMC-12 has had to put up with the inevitable questions and comments. Some owners relish this, such as Clive Priest whose remarkable recreation of the movie car is now displayed at the Heritage Motor Centre at Gaydon. Other owners prefer to keep them original, and Chris Parnham from the DeLorean Owners Club (UK) says they can be relatively inexpensive to maintain. Common items like clutch slave cylinders, water pumps, fans, and hoses are all a similar cost to modern car equivalents, and ‘upgrades’ such as free-flow stainless exhausts (about £900) and lower front springs (£100-£200) would not break the bank.

In recent years there seems to have been a resurgence of interest in this unusual but instantly recognisable car. Most are still in the US, but a few, including the ultra- rare right-hand drive models, are still owned and driven in the UK. And interest seems to be increasing- the Hagerty Price Guide saw an increase in value of DMC-12s over the last year, with top cars now reaching over £30,000. Compared with the rise of other rear- and mid- engined 80s sports cars, this seems like a very sensible value for an iconic car.

Many thanks to the DeLorean Owners Club (UK) for help in writing this article and for the superb photographs. Their website is at  www.deloreans.co.uk or you can contact club secretary Chris Williams on 07915 673889. 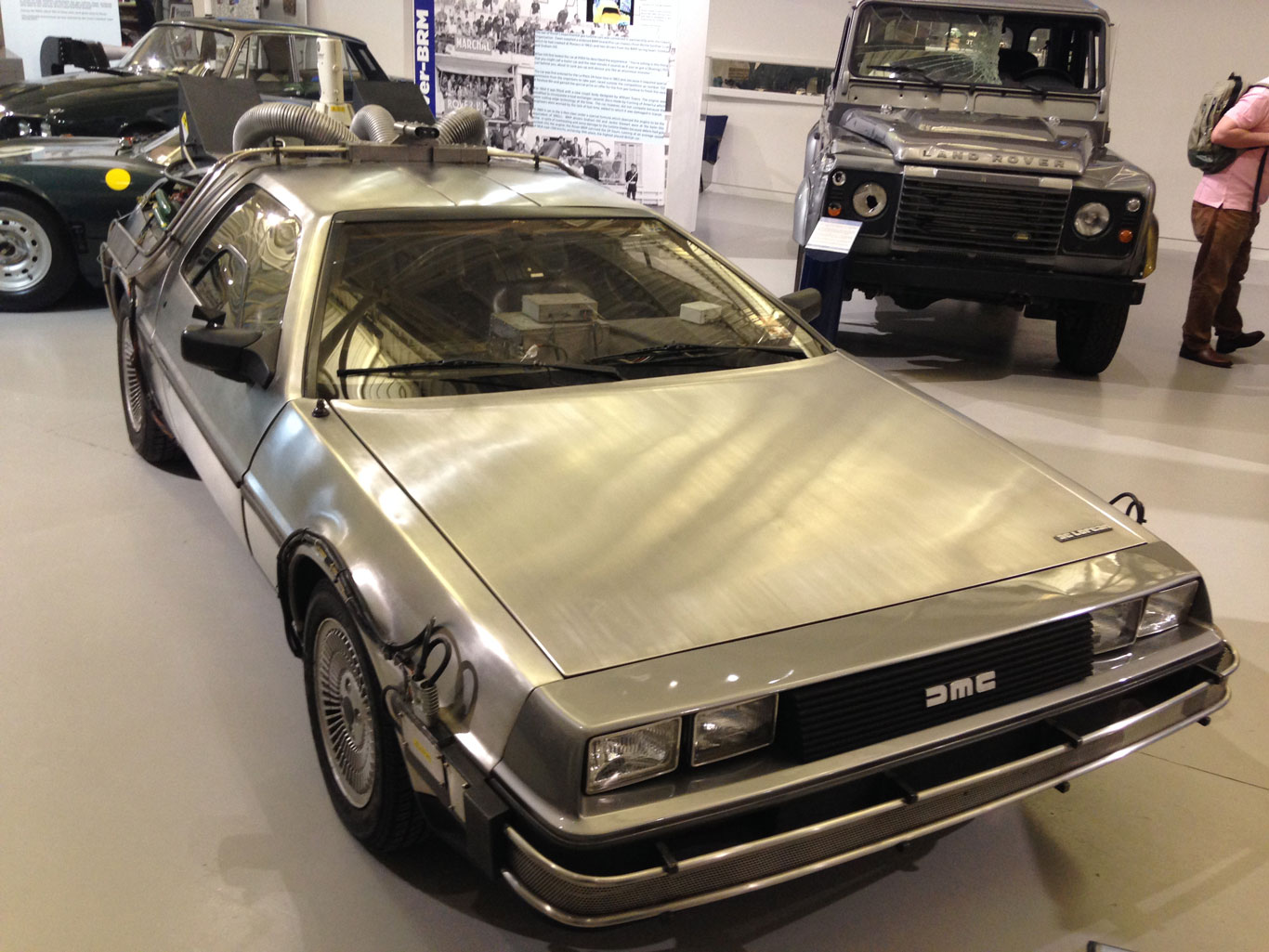 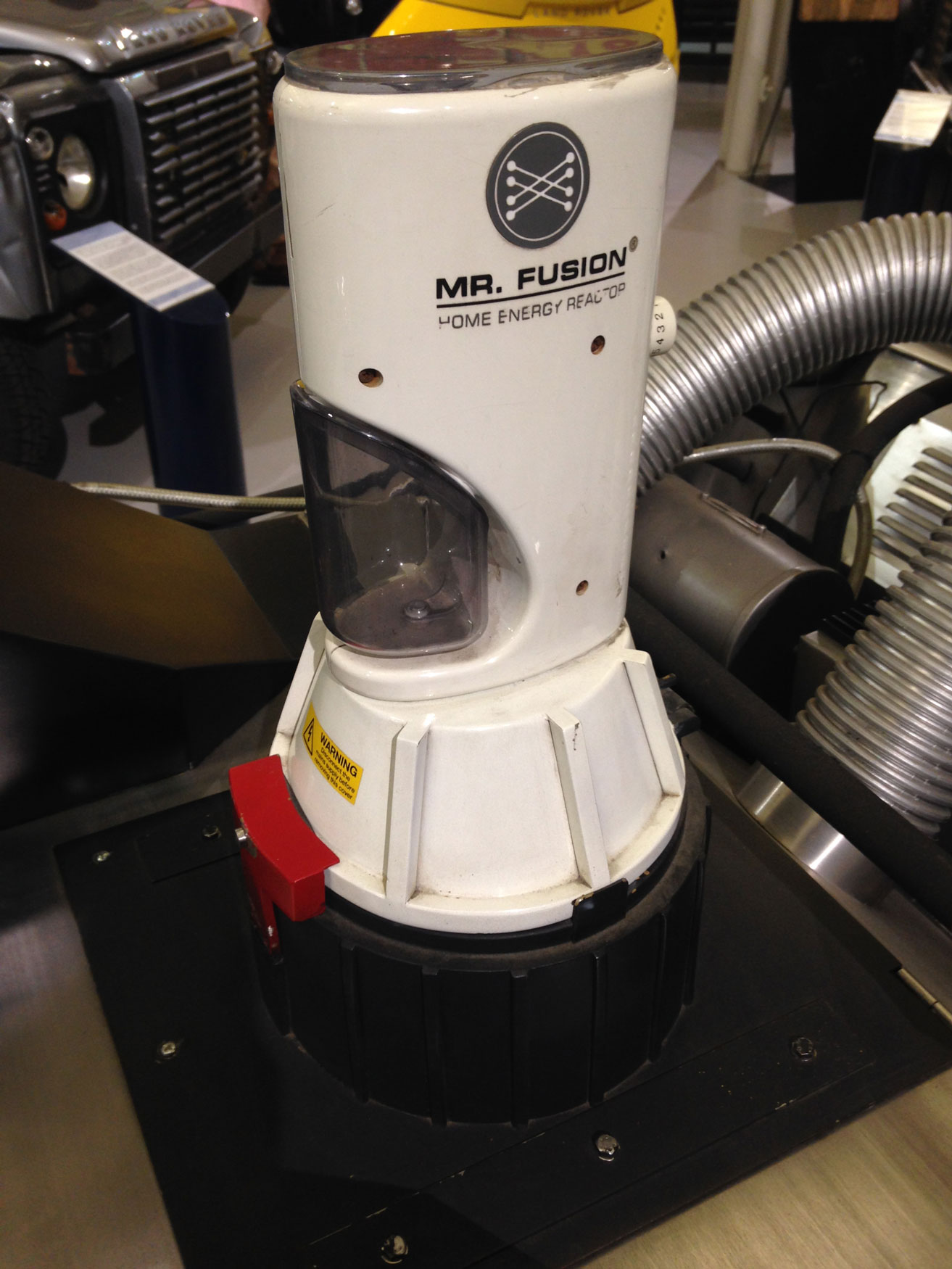 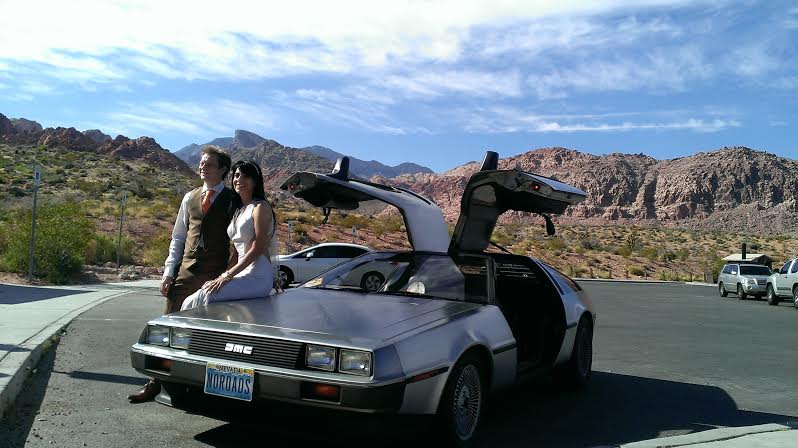 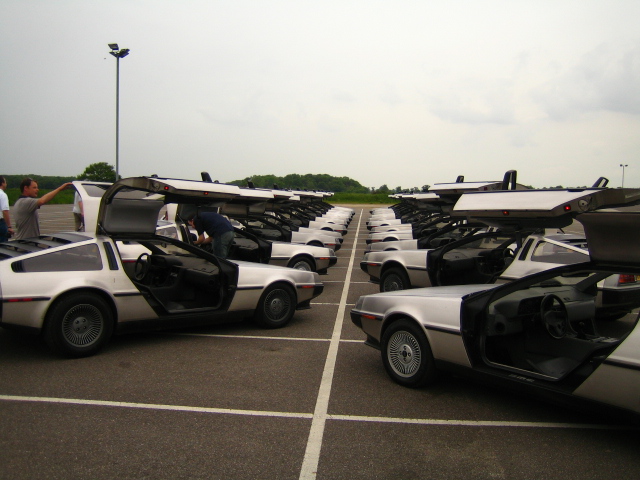 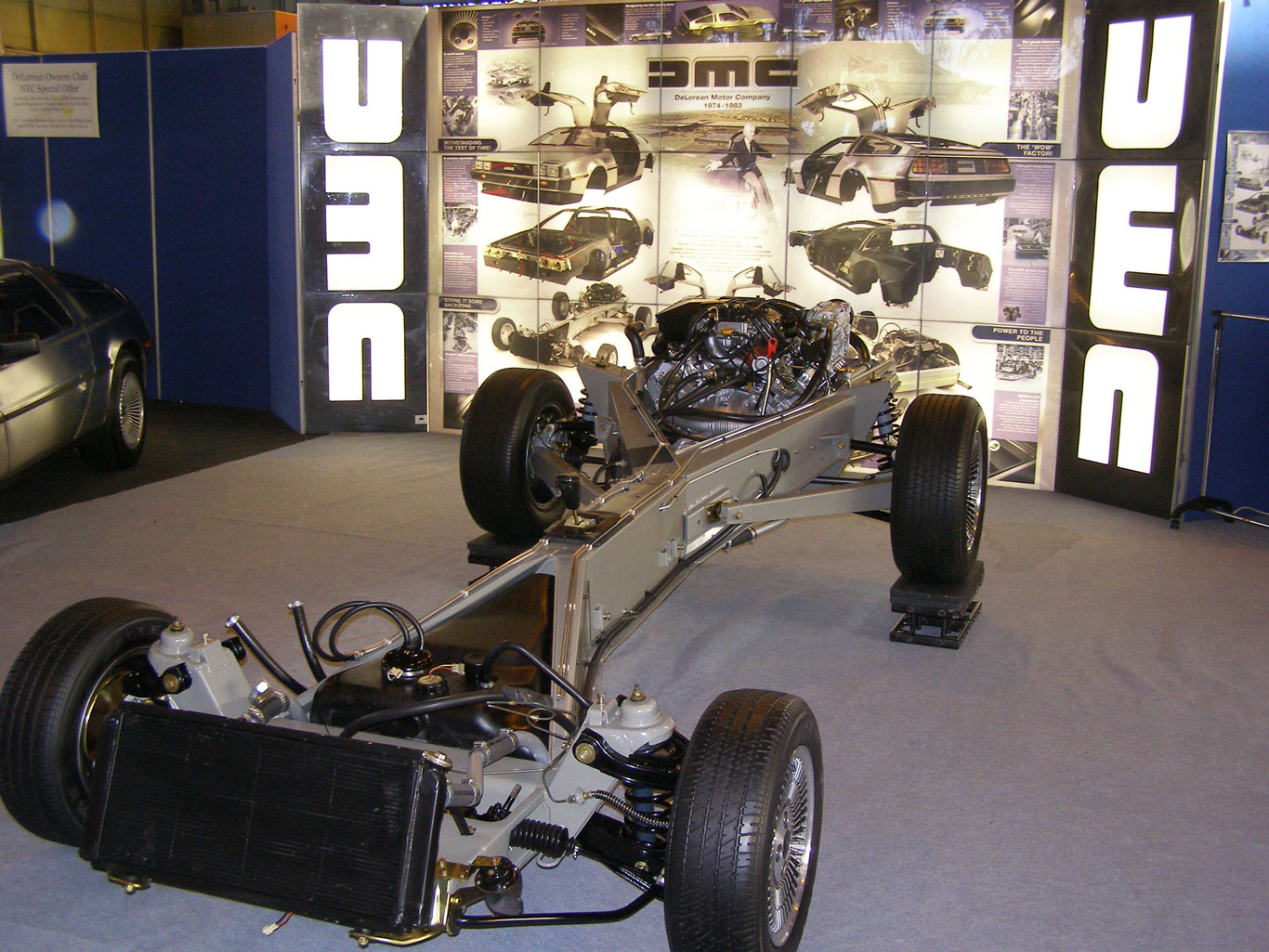 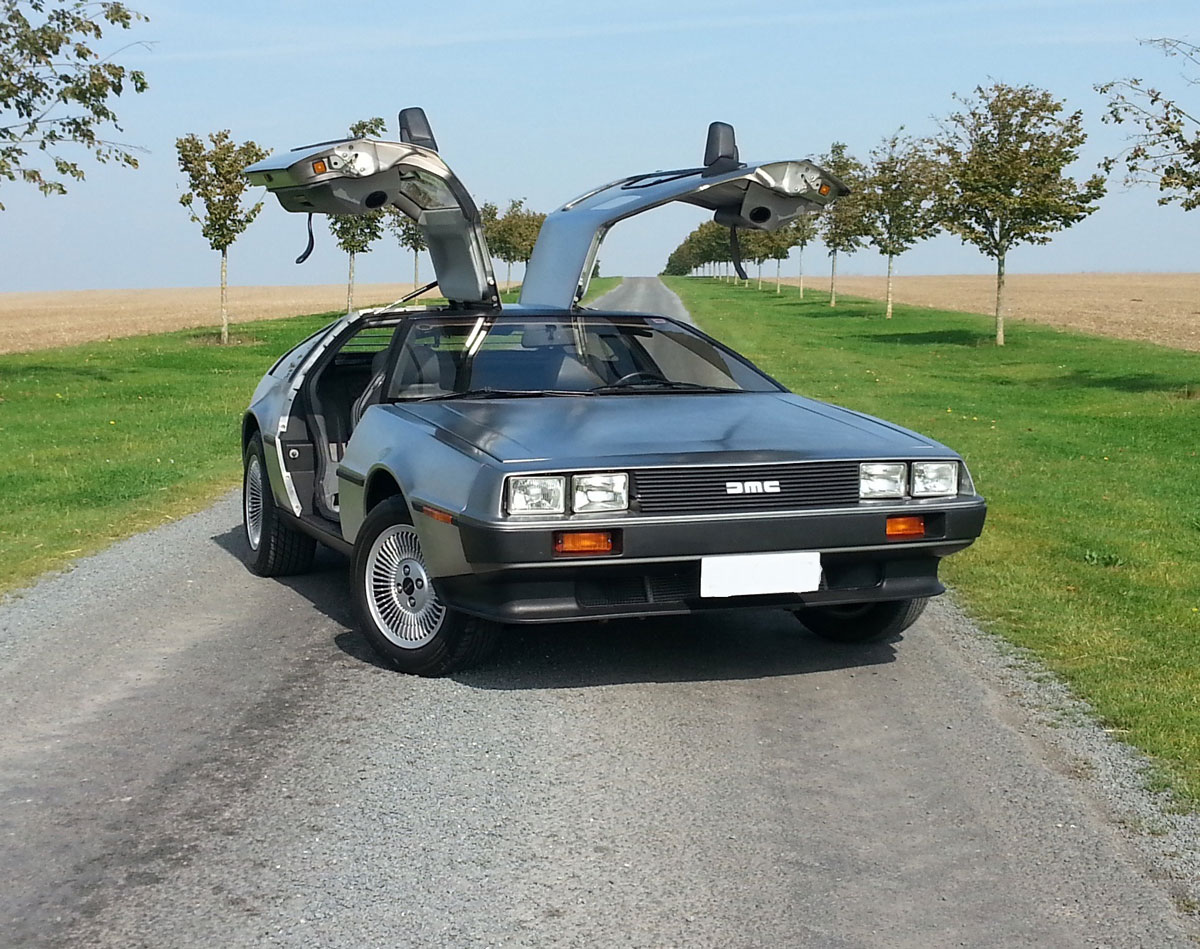 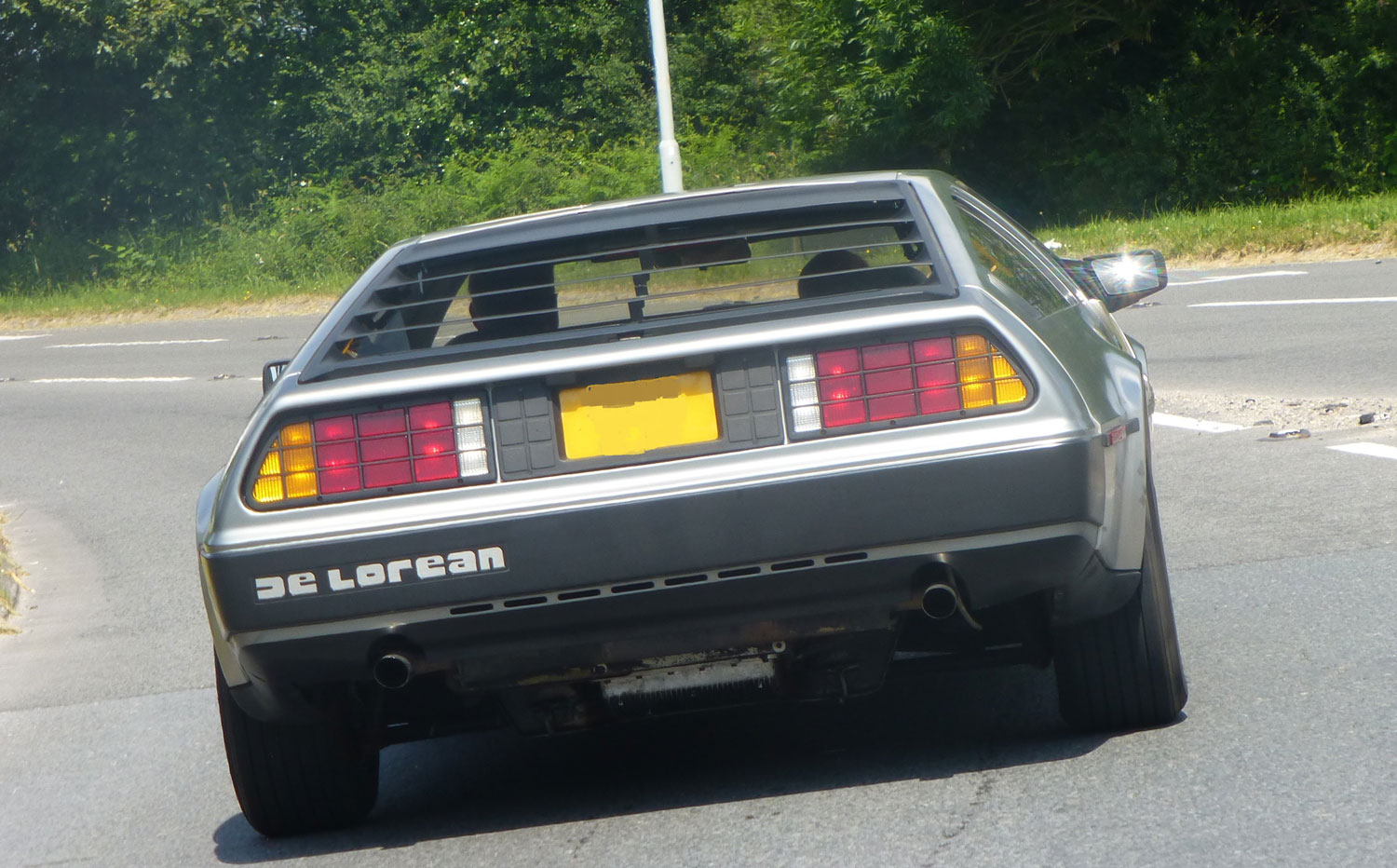