A World of Beige?

The Concours d’Ordinaire at Hagerty’s Festival of the Unexceptional celebrates mundane cars from a world where, no matter how lacking in excellence, non-homogenised was still the norm. Think of similarly dismissed vehicles from the 1970s and today: the Morris Marina and Talbot Horizon are as different as the Kia Rio and Nissan Versa are alike. Perhaps it is because there are so many rules and regulations these days that the half sucked boiled sweet school of design is, sadly, an inevitability? Or are these cars symptomatic of the wider cultures that bore them?

We tend to compartmentalise decades and assign certain preconceptions to them. This is a fallacy of course, but it operates on two levels. Firstly there is no clear cut-off, even though there may be some cause and effect with the turn of a new decade making us lean more towards new outlooks and ideas. Coupled to this, fashions are constantly changing and no single trend can ever sum up the whole ten years.

Secondly, we are misled by retrospectively seeing the avant garde as the norm, thus associating key cultural lodestones purely with their earliest appearance before they have filtered down to the everyday and acceptable. The miniskirt famously hit the catwalks in 1964 and is therefore forever associated with the bright young things at the birth of the “swinging ‘60s”. However it became widespread later and was only a part of everyday life through the late 1960s into the early 1970s.

Having grown up in the ‘70s and ‘80s, my personal impressions of this particular time differ from the glossy images generally trotted out to illustrate them. The stylistic reality during the early years of the ‘70s, as I recall, was more Abigail’s Party than Shaft: patterned shirts with wing collars, brown nylon flares, strongly coloured and clashing outfits. The backdrop was homes decorated with wallpaper featuring large, bizarrely coloured patterns looking down on sprawling brown corduroy sofas.

Although there is a “look” to the 1970s, it works better now when complimentary “retro” items are brought together by devotees; back in the day there was something of a magpie mentality. Perhaps people were less sophisticated, or were just more innocent of the world of conspicuous consumerism that was developing before them. It was essentially a time when, for the everyman (or woman) exuberance outran sophistication.

Car ownership steadily increased in the UK as more people had a greater disposable income and the cars themselves reflected this. No longer the preserve of the respectable professional or parsimonious family man, car makers tried to appeal to the spirit of newly accessible excitement and glamour, something that was fast becoming an expectation. Even for the workaday cars celebrated by the Festival of the Unexceptional, sharp styling and pared-back detailing replaced the bloated and the ungainly. Thus the square-rigged, “solid” upright profile of the Vauxhall Viva HA with its slab of chrome across the front, was replaced in 1966 with the Viva HB: its unadorned, elegant nose leading to a kicked-up waistline and delicate glasswork. Similarly the Rover P5 and P6 are capable gentleman’s carriages that have the innate air of the bank manager but the SD1 promises a life of casinos and jaunts down to Cannes.

From this springboard the late ‘70s and early ‘80s moved through social realism towards an application of sophisticated chic, albeit still laid on with a trowel and therefore far from subtle or understated. From persistent strikes to the rise of the punk movement, change was unmistakably in the air as class boundaries shifted and started to dissolve. The degeneration of the brutalist architecture that had seemed so promising in the 1960s, along with the constant shadow of nuclear annihilation also added gloomy undertones to life in general.

Jeans, t-shirts and leather jackets in varying subtleties of style became the standard uniform out on the street. During the opening years of the ‘80s though the full range of pastel colours replaced uniformity, and tailored suits given form by architectural shoulder pads took over from the flowing shapeless fashions had that prevailed in the previous decade. Again, although the images that spring most readily to mind are of the New Romantics or strutting peacocks from newly imported American soap operas these are grotesques compared to the lives of most of us.

Anything could now be given the veneer of being “designer” products, as Nick Kamen showed by helping ensure that Levi’s completed the transition of the ubiquitous jeans from rugged work wear to high end fashion. Chinos and polo neck sweaters along with brilliant white trainers and denim jackets became the new norm. Equally the home was a more considered place with matching furniture and fitted kitchens, aspirant nods to the upper-middle classes of the past being incorporated through chintz and tacky gold plating.

A new forward looking optimism was reflected by a shift from enjoying the fruits of the present to actively reaching for the future. Car design moved into the science of the aerodynamic with the initially derided Ford Sierra, although soon all were to follow. LED warning lights lit up like a Christmas Tree on dash panels overlaid with graphics seemingly stolen from Buck Rogers in the 21st Century. In fact, sometimes, even in your mum’s hatchback it felt like the future had already arrived. 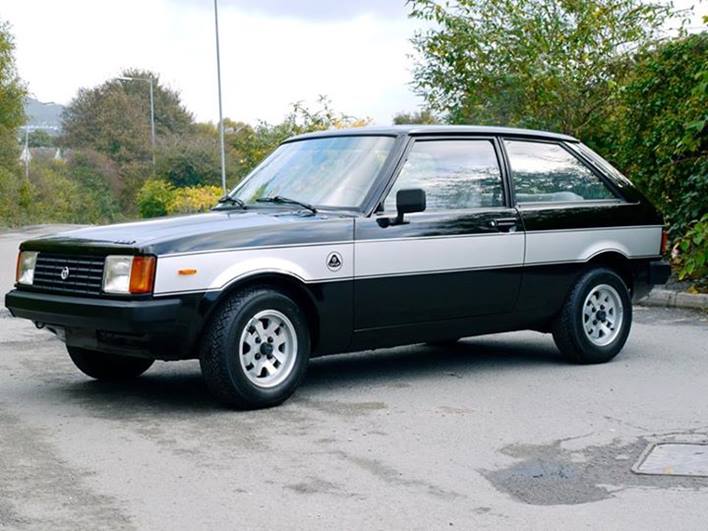 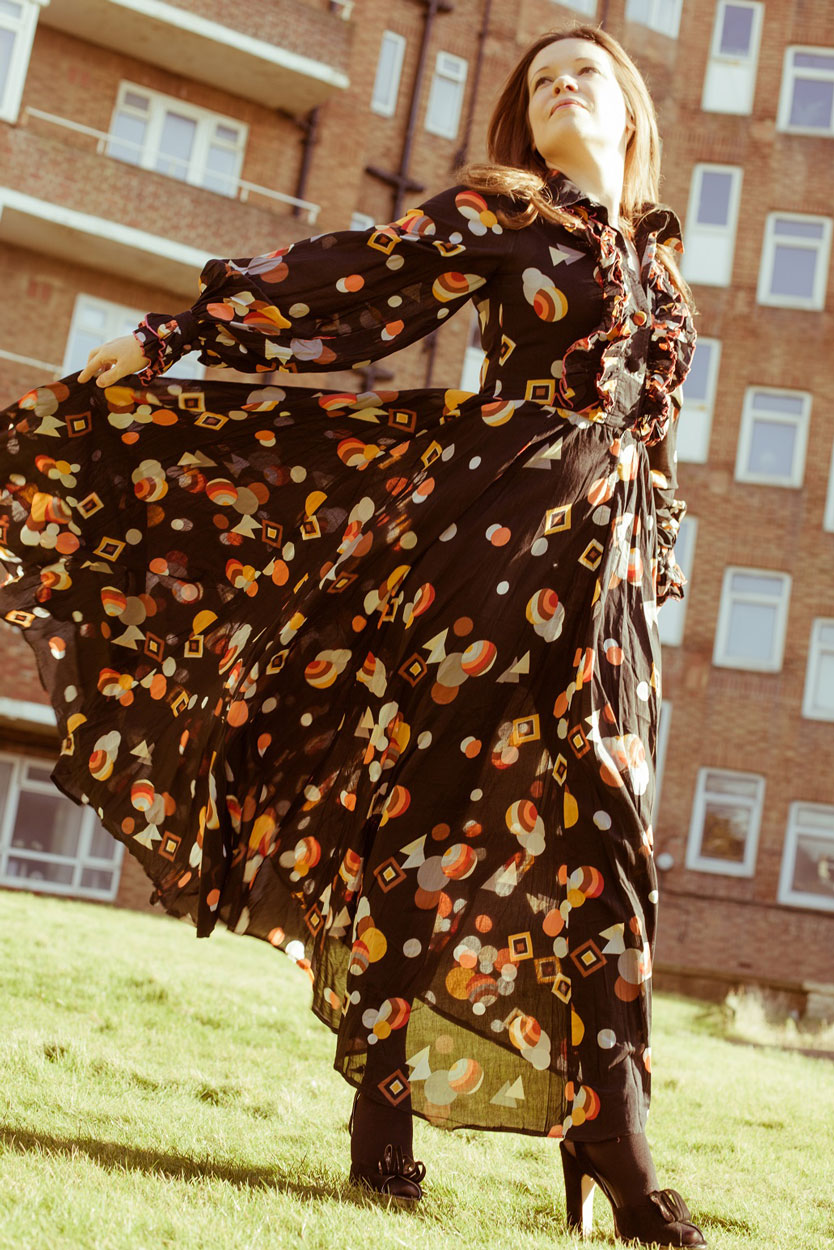