Fair
Condition 4
£99,000
#4 cars are daily drivers, with flaws visible to the naked eye. The chrome might have pitting or scratches, the windshield might be chipped.
Get a Quote
Good
Condition 3
£110,000
#3 cars could possess some, but not all of the issues of a #4 car, but they will be balanced by other factors such as a fresh paint job or a new, correct interior.
Get a Quote
Excellent
Condition 2
£135,000
#2 cars could win a local or regional show. They can be former #1 cars that have been driven or have aged. Seasoned observers will have to look closely for flaws.
Get a Quote
Concours
Condition 1
£168,000
#1 vehicles are the best in the world. The visual image is of the best car, unmodified, in the right colours, driving onto the lawn at the finest concours.
Get a Quote
Back to Body
Insurance premium for a
2004 Porsche 911 996 GT3 RS Coupe
valued at £110,000
£1672.86 / year*
Get a Quote 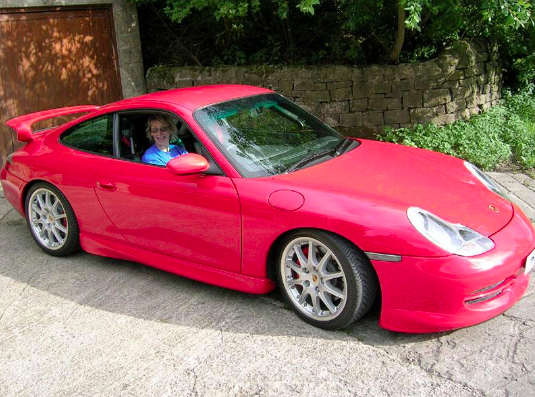 In 1973 Porsche launched the 911 2.7 RS, which started a tradition of stripped-out, lightweights 911s that were more at home on the track than the road. However, by the late 1990s, Porsche realised that there was demand for what was a road car with even sharper reactions than the standard 911. This formed the idea of the GT3 and when it arrived, many were surprised that it was in fact 30kg heavier than the stock 911. With an engine based on the block of the GT1 racing car, and displacing 3.6 litres, the GT3 had lighter pistons, titanium conrods, dry sump lubrication and a cable-operated six-speed gearbox with interchangeable gear ratios.

The Porsche GT3 RS also boasts a horsepower upgrade from earlier 996 models, as records show nearly 400 horsepower, and has retained the earlier 996 3.6-litre naturally aspirated engine. Unlike the 996 Mk2, the GT3 RS was not sold in the US, or Canada. Also unlike the 996 GT3 Mk2, the Porsche 911 996 GT3 RS is fully-focused on racing, with RS being the abbreviation for the German RennSport, which translates to ‘racing sport’. Therefore, the entire car is tuned towards a racing setup, with ceramic composite brakes, which boast improved heat and fade resistance.

Unlike other 996 GT3’s, parts for the RS are less easy to track down online, with many Porsche websites selling only conversion kits and decal stickers. Most parts online for the GT3 RS come from Europe, so you would likely have to pay an increased amount for shipping, and the parts coming from the United Kingdom are expensive. However, the RS does not typically suffer from reliability problems, nor electrical or bodywork issues.