Fair
Condition 4
£17,100
#4 cars are daily drivers, with flaws visible to the naked eye. The chrome might have pitting or scratches, the windshield might be chipped.
Get a Quote
Good
Condition 3
£21,400
#3 cars could possess some, but not all of the issues of a #4 car, but they will be balanced by other factors such as a fresh paint job or a new, correct interior.
Get a Quote
Excellent
Condition 2
£30,100
#2 cars could win a local or regional show. They can be former #1 cars that have been driven or have aged. Seasoned observers will have to look closely for flaws.
Get a Quote
Concours
Condition 1
£42,100
#1 vehicles are the best in the world. The visual image is of the best car, unmodified, in the right colours, driving onto the lawn at the finest concours.
Get a Quote
Back to Body
Insurance premium for a
1990 Lancia Delta HF Integrale 16v Coupe
valued at £21,400
£331.12 / year*
Get a Quote 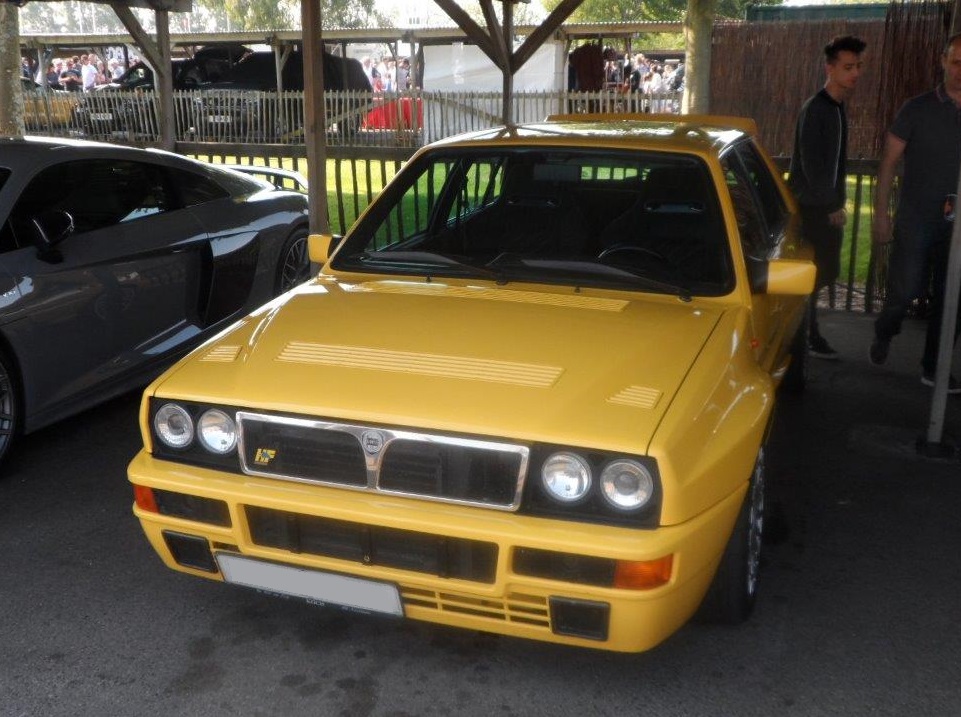 The Giugiaro-styled Lancia Delta HF Integrale was in production from 1986 until 1994 in various iterations, and is one of the archetypal four-wheel-drive rally heroes. It is a front-engine, four-wheel-drive car seating four people, and is almost unbeatable cross country owing to its size, power and four-wheel-drive system.

The Lancia Delta HF Integrale was launched in 1987 as a development of the earlier Delta HF Turbo 4WD. The track was widened, necessitating wider wheelarches, but the 8v turbocharged engine remained – a larger turbo was fitted to bring power to 185bhp. 50 right-hand-drive Integrales were built by the factory, but none were imported to the UK.

The 16v model was launched in 1989. It featured a raised bonnet line to accommodate the new 16v head, and now producing 200bhp.

The first Lancia Delta HF Integrale Evoluzione model was launched in 1991 for the 1992 model year, and was created as a homologation special for rallying. It would be the final homologation, with an even wider track, raised strut top mounts, a new bonnet and new adjustable tail spoiler, additional cooling and wheels which simulated those of the rally cars on new five-stud hubs.

The Evo II was basically an Evoluzione with a catalytic converter to meet emissions requirements. However, Lancia also took the opportunity to fit a larger turbo to offset the effect of the cat and maintain power – power in fact rose to 217bhp. New wheels and other minor cosmetic mods completed this facelift.

The engine in the Lancia Delta HF Integrale 8v, 16v and Evoluzione models is derived from the Fiat Twin-Cam, turbocharged and coupled to a five- or six-speed manual gearbox. A Ferguson system splitting drive 56/44 controls the four-wheel-drive system, coupled to a Torsen rear limited-slip differential. Later cars modified the four-wheel-drive ratio, added inlet and exhaust valves and more power. The last cars featured a catalytic converter.

Lancia Delta HF Integrales are a riot. Plenty of power, in a compact car with grip aplenty. All are left-hand drive, which makes driving in the UK a little more difficult as it’s harder to judge an overtaking manoeuvre. However, point the nose at the horizon and put your foot down and it’s a laugh a minute.

The car flows nicely through corners too – a class act, with nice seats, a logically laid out if unattractive dash, and space for four plus luggage. Trim wears quickly, though many have been retrimmed in leather. As an Italian car of the 1980s, corrosion is possible too, though Deltas last rather better than most cars in their class. Check the windscreen arear, tailgate, roof and front doors for signs of corrosion.

Wide arches and bumpers are prone to parking knocks, but it’s more important to find a car which hasn’t been involved in more major accidents. Scores of specialists such as Deltaparts in Yorkshire can help with mechanical spares for your Lancia Delta HF Integrale, so keeping one on the road shouldn’t pose too much of a problem.

Most desirable are the Evoluzione II models, as the final iteration of an iconic line with the majority of development work finished. The least desirable is the original 8v, as the slowest in the range and the most prolific. 16vs make the most sense for buyers on a budget, while the original Evoluzione isn’t far behind the more desirable Evo II.

The Lancia Delta HF Integrale was developed for rallying, so cars like the Subaru Impreza and Ford Sierra Cosworth make sensible alternatives. The Evoluzione is best rivalled by the BMW M3 and the Ford Sierra RS500.