Fair
Condition 4
£930,000
#4 cars are daily drivers, with flaws visible to the naked eye. The chrome might have pitting or scratches, the windshield might be chipped.
Get a Quote
Good
Condition 3
£1,250,000
#3 cars could possess some, but not all of the issues of a #4 car, but they will be balanced by other factors such as a fresh paint job or a new, correct interior.
Get a Quote
Excellent
Condition 2
£1,860,000
#2 cars could win a local or regional show. They can be former #1 cars that have been driven or have aged. Seasoned observers will have to look closely for flaws.
Get a Quote
Concours
Condition 1
£2,300,000
#1 vehicles are the best in the world. The visual image is of the best car, unmodified, in the right colours, driving onto the lawn at the finest concours.
Get a Quote
Back to Body
Insurance premium for a
1988 Ferrari F40 Base Coupe
valued at £1,250,000
£9177.77 / year*
Get a Quote 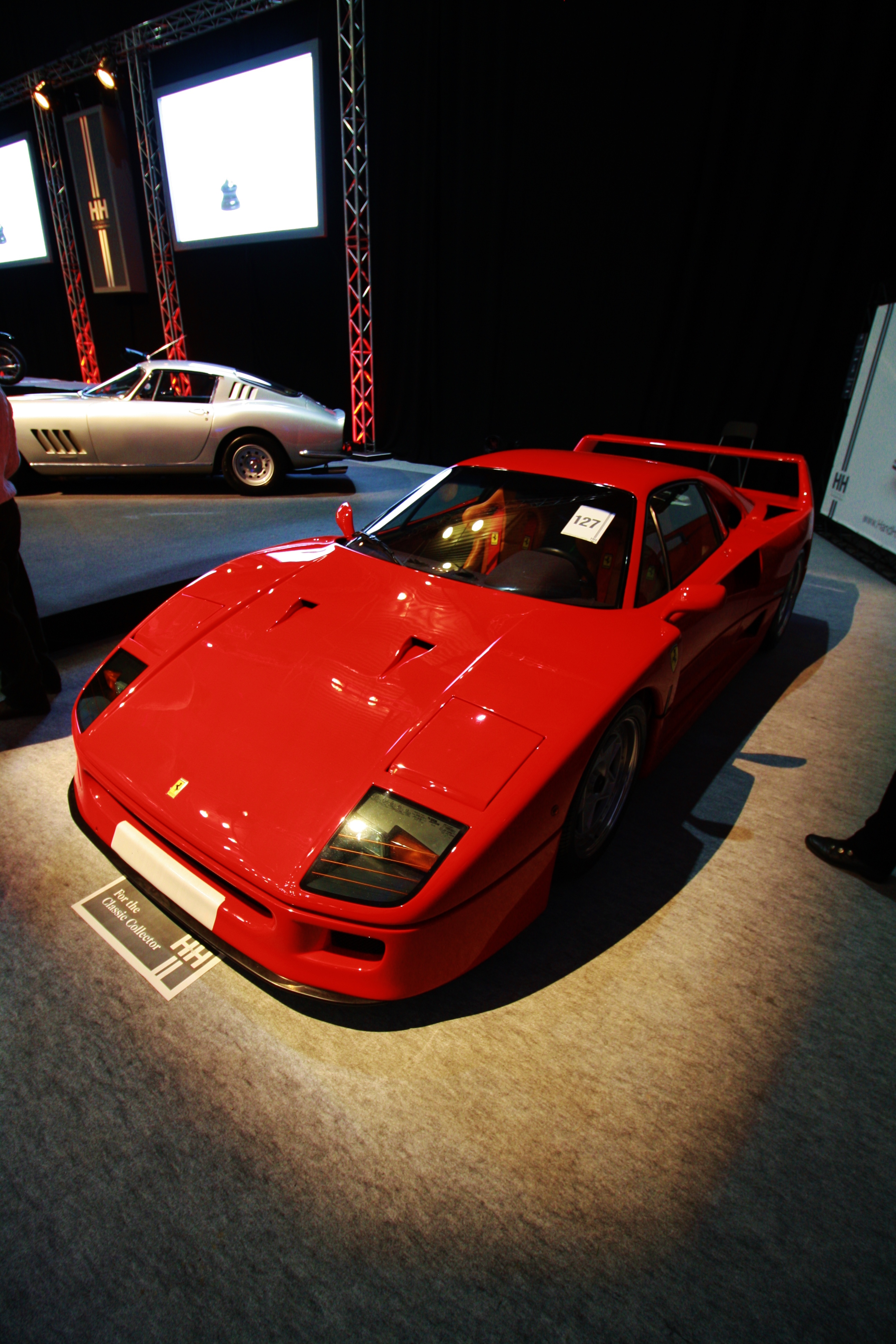 The motoring press’s response to the Ferrari F40 in 1987 was nothing short of sensational. This car--the last road-going model personally approved by Enzo Ferrari--was the successor to the Ferrari 288 GTO and designed to showcase the marque in its 40th year. It achieved its aim by making no compromises, and combining the best of the 288 GTO whilst adding a host of cutting-edge advancements.

The Ferrari F40 used an evolutionary version of the 288 GTO’s chassis and double-wishbone suspension, as well as using the same 96-inch wheelbase. But the body--made of lightweight composite and aluminium--was instantly recognisable, with an integrated rear wing and drooping nose somewhat reminiscent of the Porsche 911 Flachbau. It was extremely aerodynamically efficient, with a cd of just 0.34. Everything was focused towards reducing weight: plastic windows, no leather trim, radio or even glovebox were fitted. Even door handles and carpets were considered unnecessary, as the final 1,100kg kerb weight testifies.

A total of 1,315 examples of the Ferrari F40 were built from 1987 to 1992. It was the first road–legal production car to break the 200mph barrier, and during its production run it held the crown as the world’s fastest production car. Today the Ferrari F40 is considered to be one of the most collectable cars of its era and all models are highly sought-after. It has few challengers, with only the Porsche 959, the McLaren F1, and the Jaguar XJ 220 being in the same ball park.