Fair
Condition 4
£602,000
#4 cars are daily drivers, with flaws visible to the naked eye. The chrome might have pitting or scratches, the windshield might be chipped.
Get a Quote
Good
Condition 3
£729,000
#3 cars could possess some, but not all of the issues of a #4 car, but they will be balanced by other factors such as a fresh paint job or a new, correct interior.
Get a Quote
Excellent
Condition 2
£836,000
#2 cars could win a local or regional show. They can be former #1 cars that have been driven or have aged. Seasoned observers will have to look closely for flaws.
Get a Quote
Concours
Condition 1
£942,000
#1 vehicles are the best in the world. The visual image is of the best car, unmodified, in the right colours, driving onto the lawn at the finest concours.
Get a Quote
Back to Body
Insurance premium for a
1974 Lamborghini Countach LP400 Coupe
valued at £729,000
£2830.66 / year*
Get a Quote 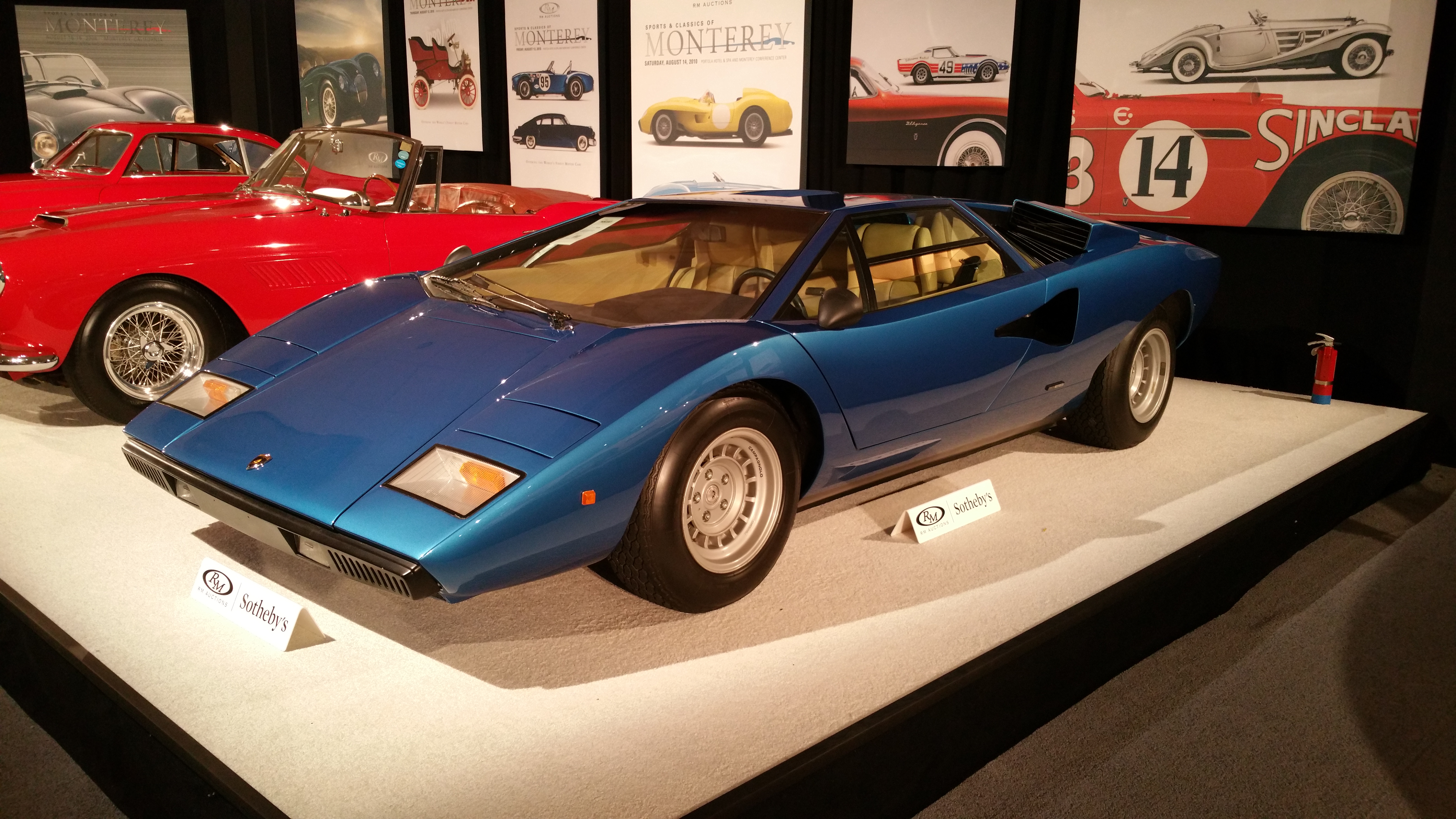 It’s hard to imagine how Bertone’s Marcello Gandini could one-up his Lamborghini Miura, but at the 1971 Geneva salon, he did just that. The sensational, angular Countach retained the Miura’s mid-engine four-cam V-12, but now installed longitudinally.

Instead of the pressed steel chassis of the Miura, the Countach (a regional Italian expletive) had a tube frame. The “scissor doors” now swung up and out. The body was derived from Marcello Gandini’s Alfa Romeo Carabo show car of 1968, but was much more menacing, full of sharp edges and angles. Bertone would build the body, but Sant’Agata would assemble the vehicle.

For optimum balance, engineering designer Paolo Stanzani placed the five-speed gearbox ahead of the engine, between the seats. When production began in 1974, the Countach sported an improved chassis and a 4-litre engine - instead of the prototype’s 5-litre. Even though the smaller engine produced ‘only’ 375 bhp, the aerodynamic Countach could hit 170 mph and came with road-holding to match. The first 110 Countach LP400 cars were tagged “periscopo” for the rear mirror mounted in the roof. The next 40 had a conventional rear mirror.

In 1976 Giampaolo Dallara returned to update the design as the Lamborghini Countach LP400S and 235 were built by 1982. He modified the suspension, fitted super wide Pirelli P7 tyres on Bravo-style wheels from the Urraco-based Silhouette. Flared fenders were accompanied by a front spoiler and many cars received a huge rear wing, which increased rear down force but actually chopped a few miles an hour off the top speed. The dash was redesigned on the Series 2 of 1980.

The final development saw the engine enlarged to 5,167cc for the LP5000S. New four-valves-per-cylinder heads adopted for the Lamborghini Countach Quattrovalvole LP5000QV in 1985, and its 300 km/h (186 mph) top speed made it – at the time – the world’s fastest car.

The Lamborghini Countach’s ultimate development, considered to be the most usable, arrived in September 1988. Launched at the Monza Italian Grand Prix, this was the Anniversario, introduced to celebrate Lamborghini’s 25th anniversary as a car manufacturer.

Restyled and updated again, the Anniversario incorporated hundreds of subtle changes and improvements over the Quattrovalvole. The body was reworked by Horacio Pagani, designer of the Pagani Zonda, gaining a new nose and front bumper/spoiler incorporating front brake air ducts. U.S.-destined cars retained the ugly ‘5 mph’ impact-resistant bumper, while the new rear bumper was common to both US and European models.

The most striking difference in the Anniversario’s appearance was in the treatment of the radiator air intakes directly behind the doors, which featured thicker vertical strakes, colour-matched to the body. Beneath the skin the chassis had been extensively updated for improved handling. Split-rim forged alloy OZ wheels were adopted for the Anniversario, shod with Pirelli’s new ‘P Zero’ tyres. Available with carburettors in Europe or fuel injection in the USA, the V-12 engine was virtually unchanged from the Quattrovalvole. In total, 657 Countach Anniversario models were made between September 1988 and April 1990. The entire production run totalled 1,975 examples.

History has concluded that Gandini’s original design – the Lamborghini Countach LP400S – is the most desirable, especially the ‘Periscopico’ models. Nevertheless, all variants of the Countach have increased significantly in value over recent years. Complete provenance and maintenance records are vital for potential buyers, as most of these cars were driven exactly as intended.

Period alternatives include the Lamborghini Silhouette, the Ferrari 288 GTO and the Maserati Bora.