Fair
Condition 4
£241,000
#4 cars are daily drivers, with flaws visible to the naked eye. The chrome might have pitting or scratches, the windshield might be chipped.
Get a Quote
Good
Condition 3
£326,000
#3 cars could possess some, but not all of the issues of a #4 car, but they will be balanced by other factors such as a fresh paint job or a new, correct interior.
Get a Quote
Excellent
Condition 2
£502,000
#2 cars could win a local or regional show. They can be former #1 cars that have been driven or have aged. Seasoned observers will have to look closely for flaws.
Get a Quote
Concours
Condition 1
£730,000
#1 vehicles are the best in the world. The visual image is of the best car, unmodified, in the right colours, driving onto the lawn at the finest concours.
Get a Quote
Back to Body
Insurance premium for a
1973 Porsche 911 Carrera 2.7 RS Touring Coupe
valued at £326,000
£1273.48 / year*
Get a Quote 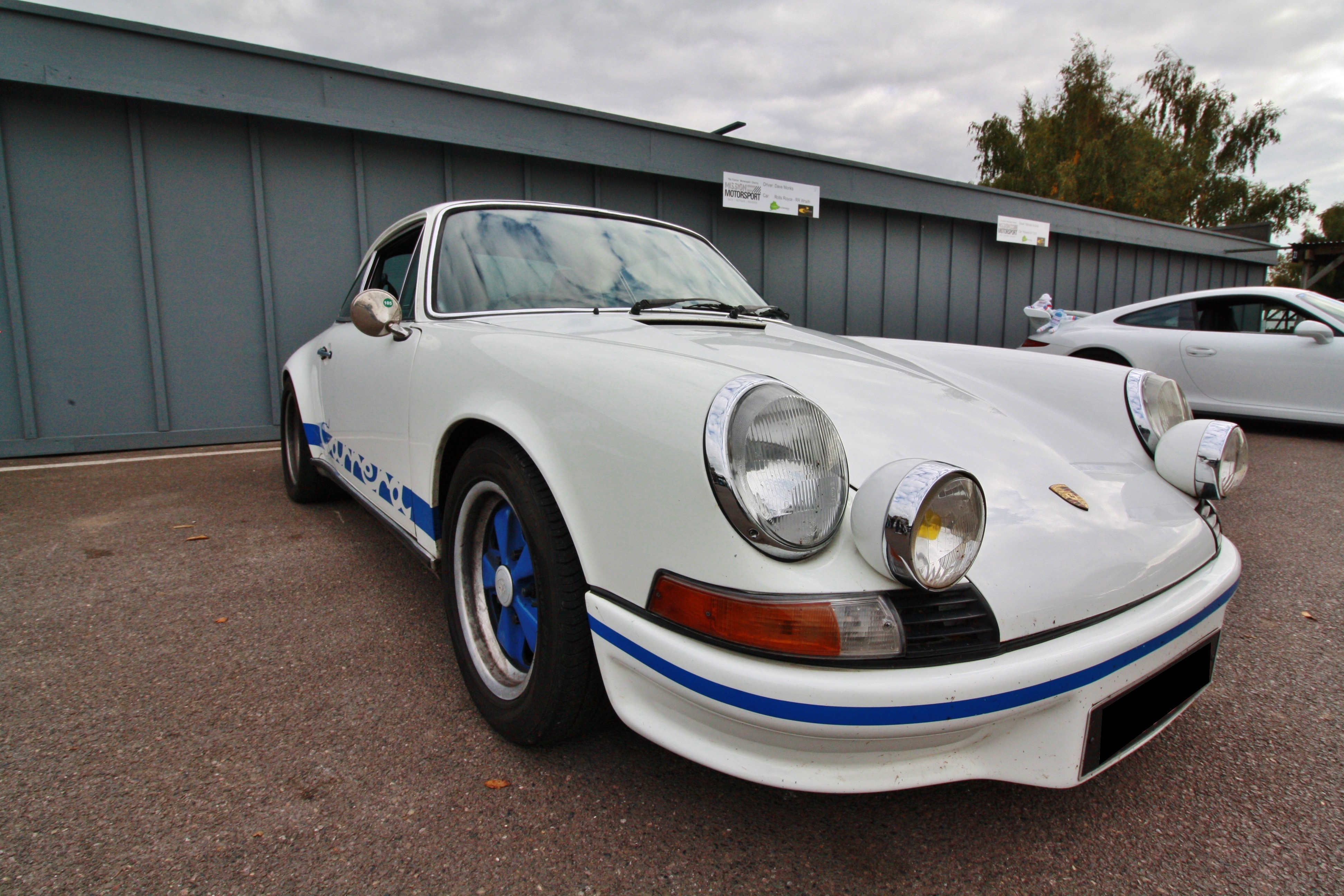 Ferdinand Porsche’s 911 was introduced in 1963 as the successor to the 356. Within 10 years, the car had evolved into a charismatic and innovative sports car, a stable platform on which to build competition success. In 1973 Porsche had their sights set on entering GT racing. In order to fill homologation requirements, at least 500 racing versions of the Porsche 911 2.7 had to be built, and these lightened and tuned cars were named the Carrera RS, (Carrera referring to Porsche’s success on the Carrera Panamericana and reprising the Porsche 356 Carrera name; RS coming from Rennsport (Racing Sport in German). The concept was to create a car that could be driven to the track, raced, then driven home.

Two versions of the Porsche 911 Carrera 2.7 RS were made: the Sport Lightweight (Leichtbau) designed for serious competition and the RS Touring. For both, primary consideration was given to weight reduction from the standard car: the RS Touring weighed 1075kg the Sport Lightweight 975kg. Thinner gauge steel body parts, lightened glass, light-weight suspension and wider, lighter alloy wheels all contributed to this weight saving. The Touring had such luxuries as leather upholstery and a radio, but the Lightweight did not. The body featured a moulded front bumper, flared rear wheel arches, and a prominent rear spoiler moulded into the engine cover which increased rear downforce and aided traction. In all, a total of 1,580 Porsche 911 2.7 RS were made.

The Porsche Carrera RS was originally fitted with a naturally aspirated 2.7-litre flat 6-cylinder engine. Utilising mechanical fuel injection, it developed 210bhp and drove the rear wheels through an all-synchromesh 5-speed manual transmission. A small number of even more extreme racing versions were built, using a 2808cc engine producing 300bhp and additional weight savings. These were the Porsche Carrera RSR--the closest you can come to a road-going racing car, and today very highly sought-after.

The Carrera RS was the pinnacle of the 911 range. Designed specifically for competition, this development shone through in the way it drove and handled. The RS was a limited production vehicle and as such parts and maintenance come at a considerable premium. Bodies were not galvanised, and as such the cars tend to rust in the usual places for a long-bonnet Porsche 911: floors, kidney bowls, and around the rear screen and parcel shelf. Finding original parts--especially for Lightweight cars--can be extremely expensive and challenging.

The Porsche Carrera 2.7 RS is known today as a defining model in Porsche's history. Tracing its competition lineage to the 550 Spyder, this innovative racer has an iconic reputation. Accordingly, values have risen very steeply in recent years.

With the launch of the Carrera RS, the 911 granted itself a unique place in motoring history. With scarcely no direct competitor save perhaps the Jaguar E-Type or Ferrari 365 GTB/4, the RS was almost guaranteed a place in the hearts and minds of enthusiasts and collectors from day one. Today the Porsche 911 Carrera 2.7 RS is considered by many to be the ultimate road-going air-cooled Porsche 911 model.