Fair
Condition 4
£41,900
#4 cars are daily drivers, with flaws visible to the naked eye. The chrome might have pitting or scratches, the windshield might be chipped.
Get a Quote
Good
Condition 3
£68,000
#3 cars could possess some, but not all of the issues of a #4 car, but they will be balanced by other factors such as a fresh paint job or a new, correct interior.
Get a Quote
Excellent
Condition 2
£95,100
#2 cars could win a local or regional show. They can be former #1 cars that have been driven or have aged. Seasoned observers will have to look closely for flaws.
Get a Quote
Concours
Condition 1
£146,100
#1 vehicles are the best in the world. The visual image is of the best car, unmodified, in the right colours, driving onto the lawn at the finest concours.
Get a Quote
Back to Body
Insurance premium for a
1964 Gordon-Keeble GK1 Base 2dr Saloon
valued at £68,000
£324.82 / year*
Get a Quote 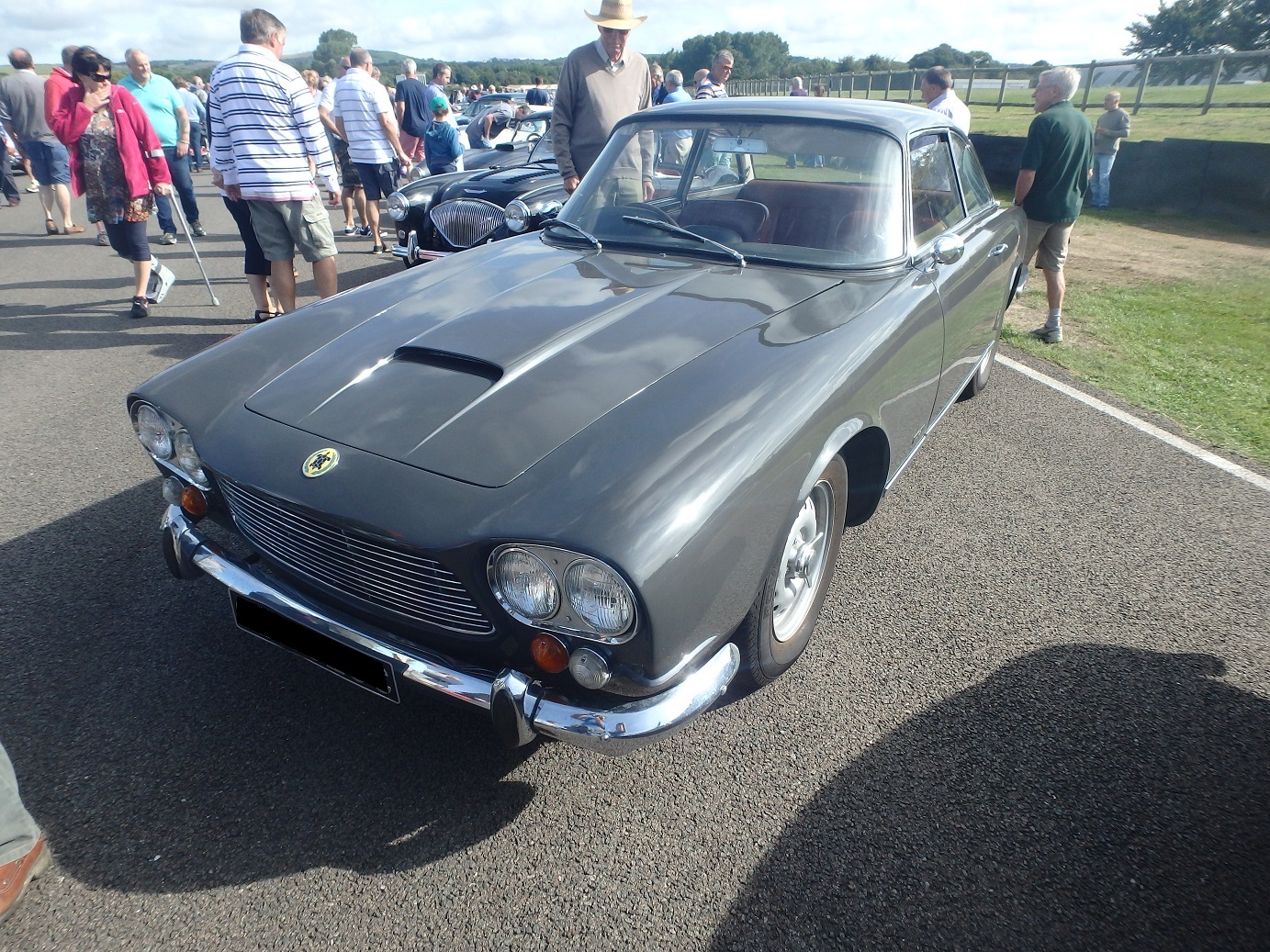 The Gordon-Keeble story began in 1959, when John Gordon of the Peerless/Warwick Car Company met Jim Keeble, an engineer and sprint/racing car constructor who was familiar with American V-8 engines. At the time Keeble had been asked to build a Corvette-engined Peerless car for USAF pilot Rick Neilson.

Gordon and Keeble formed a partnership and decided to fit a Chevrolet 4.6-liter OHV V-8 into a purpose-made, Keeble-designed chassis. Gordon travelled to Turin to request that Bertone design a new body with slightly angled twin-headlights to be called the Gordon GT. The project was Giorgetto Giugiaro’s first job for Bertone as a 20-year-old trainee. The new car was aimed at Aston Martin, Bristol, Jensen and Facel Vega clientele.

The chassis was comprised of a one-inch-square, tube space-frame, with a De Dion rear axle and four-wheel disc brakes. The chassis was completed in 1960 and transported to Italy for coachbuilder Bertone to fit the elegant aluminium body.

By the time the car was ready for production four years later, the name had been changed to Gordon-Keeble and the model’s name became the GK1. In the meantime, Gordon had taken the prototype to Detroit for Chevrolet President Ed Cole and engineer Zora Duntov to test, after which they agreed to supply 5.4-litre Corvette engines, gearboxes and General Motors dealer support.

Fibreglass was ultimately used for the body, and production was handled by Williams and Pritchard in Eastleigh for the first dozen, before local Southampton craftsmen, fresh from employment at Supermarine and Vosper Thornycroft, took over. Performance matched the car’s excellent finish with 0-60mph in 6 seconds, a quarter mile in 15.6 seconds and top speed of 140mph.

The project collapsed after a mere 82 cars had been completed due to the steering-box supplier, Adwest, suffering from a lengthy labour dispute resulting in unfinished cars sitting idle. Dealer Harold Smith stepped in, and with the help of Jim Keeble again at the helm, they finished off a dozen incomplete cars and built from scratch a few others before the new company went the way of its predecessor in 1967.

American John De Bruyne built two more cars for the 1968 New York Auto show, but nothing came of an attempt to move production to the US. The 100th car was built from spare parts in 1971. Pricing was always unrealistic, rising from £2,798 to £4,058 in the course of production, and the company lost money at the final price. Despite the car’s troubled past and low production numbers, the GK1’s survival rate is impressive, with 95 of the 100 examples built accounted for today. The car’s American running gear makes maintenance simple, though spare trim pieces are difficult to source. Club support is enthusiastic, which makes owning this rare and distinctive car all the more enjoyable.