Fair
Condition 4
£57,380
#4 cars are daily drivers, with flaws visible to the naked eye. The chrome might have pitting or scratches, the windshield might be chipped.
Get a Quote
Good
Condition 3
£71,240
#3 cars could possess some, but not all of the issues of a #4 car, but they will be balanced by other factors such as a fresh paint job or a new, correct interior.
Get a Quote
Excellent
Condition 2
£103,000
#2 cars could win a local or regional show. They can be former #1 cars that have been driven or have aged. Seasoned observers will have to look closely for flaws.
Get a Quote
Concours
Condition 1
£158,000
#1 vehicles are the best in the world. The visual image is of the best car, unmodified, in the right colours, driving onto the lawn at the finest concours.
Get a Quote
Back to Body
Insurance premium for a
1960 Jaguar XK 150 S DHC
valued at £71,240
£313.48 / year*
Get a Quote 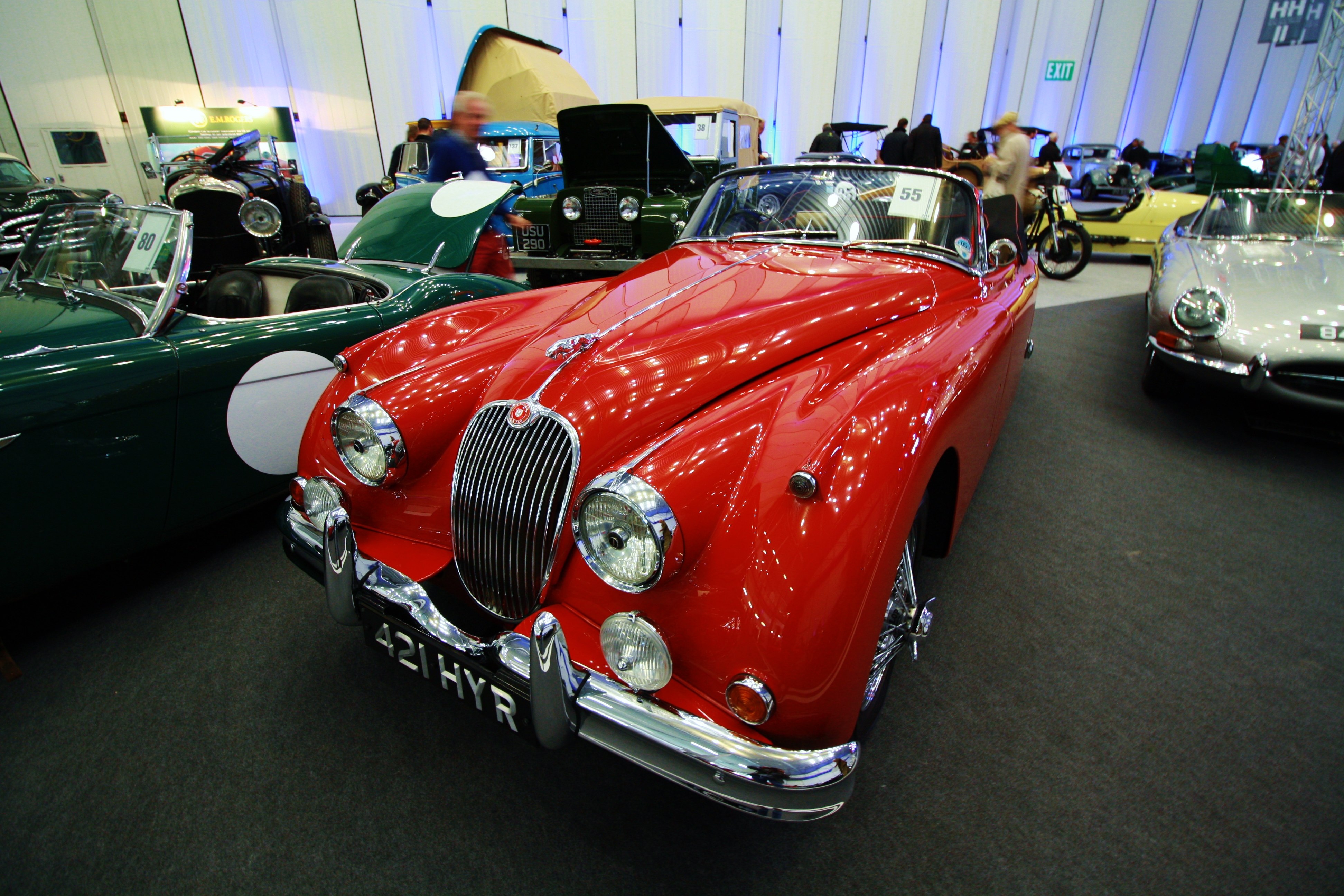 The Jaguar XK150 was introduced in 1957 as a replacement for the XK140. It is a front engine, rear wheel drive sports car and came in fixed-head coupe (FHC), drop-head coupe (DHC) and roadster forms, although production of the latter was delayed due to a fire at Jaguar’s Brown’s Lane plant.

Visually the XK150 was a much bulkier car than the preceding 120 and 140, with curved windshield, high wings and a bigger grille. The roadster was fitted with wind-up windows and lost the cut-down doors of its predecessor. Interior space was increased and coupe and convertible adopted the leather-trimmed dashboard of the roadster. Overdrive was optional, as was an automatic transmission.

Tuning options included the 210 bhp “Special Equipment” 3.4-litre model, with blue cylinder head. The most desirable model is the XK 150S. Notable for its straight-port head, high-lift cam and triple SU carburettors the XK150S developed 265 bhp with the 3.8-litre motor and distinctive gold-painted cylinder head. Final versions of the XK 150S were capable of 0-60 mph in seven seconds.

Today the Jaguar XK150 has an excellent support network of specialists in the UK experienced in maintaining the XK engine. They are more practical to use than the earlier XK120 and XK140, although purists say they lack the aesthetic appeal of the earlier cars. Rust is always a problem, as are poor restorations which can be costly to reverse.

Prices for XK150s are comparable to XK120 and XK140 models. Roadsters are the most desirable, followed by DHC and then FHC models. The most collectable is the 3.8 litre XK150S, and it is priced accordingly.