Fair
Condition 4
£11,152,000
#4 cars are daily drivers, with flaws visible to the naked eye. The chrome might have pitting or scratches, the windshield might be chipped.
Calculate premium
Good
Condition 3
£11,644,000
#3 cars could possess some, but not all of the issues of a #4 car, but they will be balanced by other factors such as a fresh paint job or a new, correct interior.
Calculate premium
Excellent
Condition 2
£12,136,000
#2 cars could win a local or regional show. They can be former #1 cars that have been driven or have aged. Seasoned observers will have to look closely for flaws.
Calculate premium
Concours
Condition 1
£12,382,000
#1 vehicles are the best in the world. The visual image is of the best car, unmodified, in the right colours, driving onto the lawn at the finest concours.
Calculate premium
Back to Body
Insurance premium for a
1960 Ferrari 250 GT SWB Competizione Berlinetta
valued at £11,644,000
£36554.31 / year*
Calculate premium 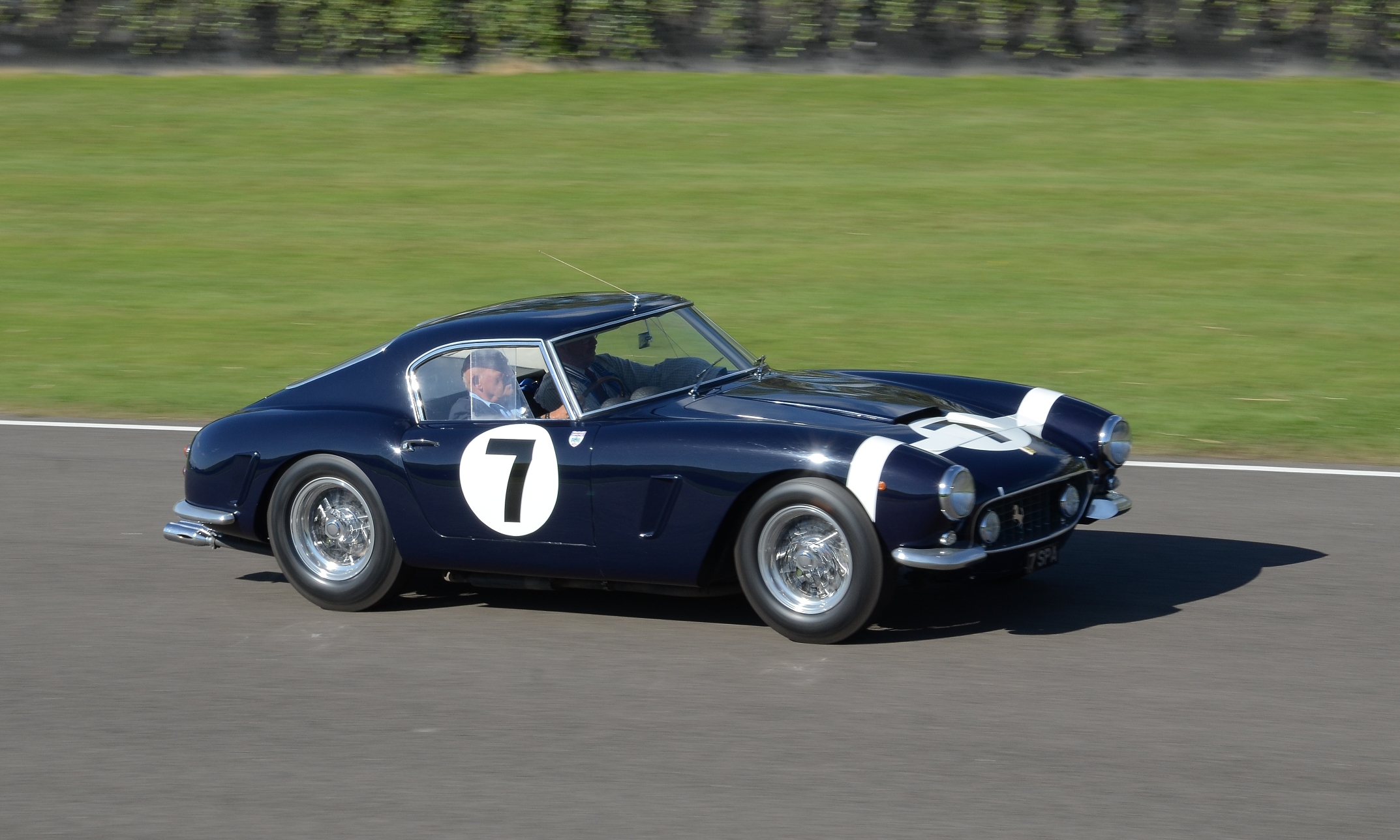 Ferrari debuted a short-wheelbase (SWB) version of their vaunted 250 GT series in 1959, and instantly the new dual-purpose car marked a turning point for the marque. Some enthusiasts today regard it as the last GT Ferrari built that could be driven to the track, raced to a competitive finish, and then driven home.

The Ferrari 250 GT SWB evolved from the basic design of the 250 GT, a car that utilised the Colombo 3-liter V-12 and was typically paired with a 102-inch wheelbase. A 250 GT TdF race car introduced the notion of a road/race car that employed a shorter stance when it was built on a 94-inch wheelbase for the 1959 Le Mans, presumably to quicken handling. The Ferrari 250 GT SWB took the stand later that year at the Paris show. The car wore a graceful and slippery fastback silhoutte penned by Pininfarina, and was outfitted with disc brakes all round - a first for a road-going Ferrari GT.

The 250 GT SWB was quite similar to the single short-wheelbase 250 TdF, and 162 were built from 1960 to 1962. The cars ran the expected range, from steel-bodied cars with leather upholstery and approximately 240bhp, to aluminium-bodied racers set up with significantly more power. In 1961 the 250 GT SWB ultimately contributed to Ferrari winnig the Constructor's crown.

Today the Ferrari 250 GT SWB is one of the most esteemed of the Enzo-era cars, a glamorous, rare, and potent choice that is found in many of the world's best collections.