Fair
Condition 4
£18,200
#4 cars are daily drivers, with flaws visible to the naked eye. The chrome might have pitting or scratches, the windshield might be chipped.
Calculate premium
Good
Condition 3
£27,900
#3 cars could possess some, but not all of the issues of a #4 car, but they will be balanced by other factors such as a fresh paint job or a new, correct interior.
Calculate premium
Excellent
Condition 2
£36,300
#2 cars could win a local or regional show. They can be former #1 cars that have been driven or have aged. Seasoned observers will have to look closely for flaws.
Calculate premium
Concours
Condition 1
£58,600
#1 vehicles are the best in the world. The visual image is of the best car, unmodified, in the right colours, driving onto the lawn at the finest concours.
Calculate premium
Back to Body
Insurance premium for a
1971 Citroen SM Standard Coupe
valued at £27,900
£177.42 / year*
Calculate premium 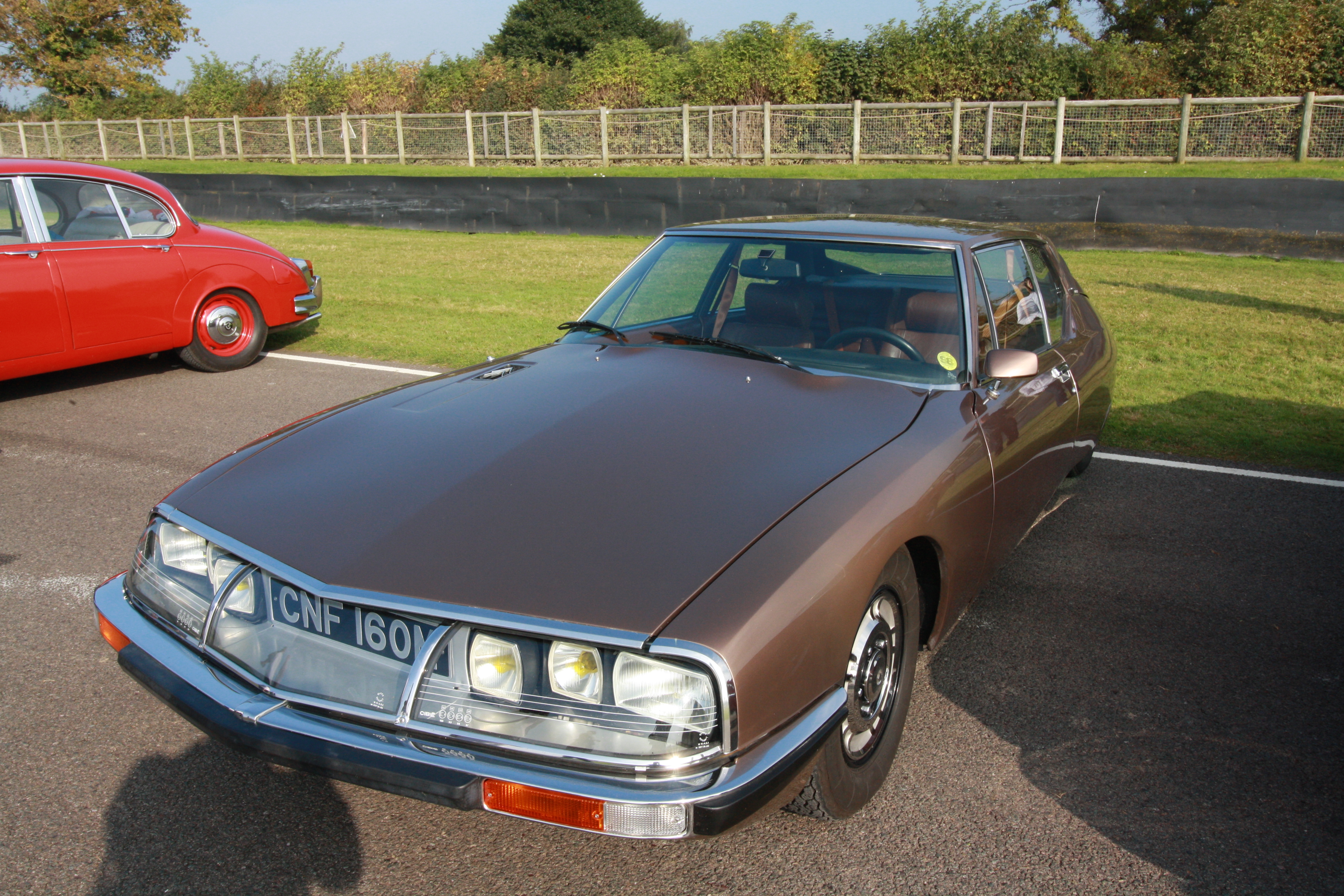 When Citroen acquired Maserati in 1968, the company planned to build a high-performance sports car. The result was the Citroen SM (Sport Maserati), which debuted in 1970. According to one story, Maserati was jealous of competition, and Citroen was only able to get the 170hp, 2760cc DOHC V-6 used in the Merak, instead of the the 310hp, 4719cc V-8 from the Bora that it wanted. However French taxes took a big jump above 2.8 litres, so the story may be only partially true.

The V-6 motor was fitted into an advanced front-wheel drive four-seater GT coupe, capable of 140mph with 0-60mph in 8.6 seconds. The Bora V-8 would have improved those figures to 0-60mph in 6.5 seconds and a top speed of 165 mph which would have made the cars more desirable, but probably not prolonged production. When Peugeot took over in 1976 they decreed “no more silly cars” and scrapped a number of partly completed SMs.

As with the Citroen DS, the SM was packed with cutting edge technology. Most notable were the precise variable-assist, self-centring power steering, rain-sensing wipers, self-levelling suspension, and four headlights and two driving lights. The inner pair of headlights turned with the front wheels. Disc brakes were fitted all round, with the front inboard, and the 2,200psi hydraulic system relied on a tiny button on the floor for the brakes.

The initial engine was subsequently increased in size (for export only) to a 180-hp, 2965cc V-6 later in the production run, and fuel-injection was fitted. Both a 5-speed manual gearbox (used in the Lotus Esprit and Peugeot 205 rally car) and 3-speed Borg-Warner automatic transmissions were available, the latter only with the bigger engine.

Inside, the car was an exercise in French style. Thickly bolstered leather seats, a single-spoke steering wheel, and square gauges stood out from other cars of the day. In all, 12,920 SMs were built during the 5-year run, including several parade limousines for President Charles de Gaulle and a phaeton and convertible or two. Citroen left the U.S. market in 1974 as the car could not be modified to meet crash mandates, and the company declared bankruptcy a year later, at which point Peugeot took over and the SM was axed.

For a long time the Citroen SM was dogged by a reputation for poor reliability and expensive fixes. However these days, discerning buyers appreciate the car’s abilities and prices for the best examples have risen appropriately. Expert maintenance is the key as these complex cars won’t last long in the hands of ham-handed mechanics and careless owners.

The SM’s performance is certainly adequate for today’s traffic, and it can provide comfortable, high-speed, long-distance cruising for prices far below the cost of similarly capable Grand Routiers. European models are preferred by collectors, since all the complex headlight equipment was omitted from U.S. examples, most of which are automatics anyway.

Prospective purchases must have complete service records from respected mechanics. Make sure the timing chain tensioner has been replaced, as the engine sits backwards in the car, since the transaxle drives the front wheel. As a result, the timing case is up against the firewall and the motor will have to be removed in the event of catastrophic failure. Furthermore, stories abound of sodium-filled inlet valve heads shearing off - check that these have been replaced with stainless steel valves.